Bears' Jay Cutler Reportedly Could Miss the Rest of the Season 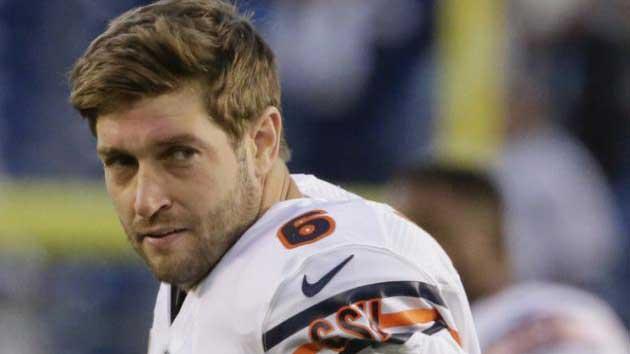 (CBS SPORTS) The Bears 2016 season might have just gone from bad to worse.

According to the Chicago Tribune, quarterback Jay Cutler suffered a shoulder injury against the Giants on Sunday that could sideline him for the rest of the season. Although it's not exactly clear when Cutler got hurt, it appears that he played at least part of the game with the injury.

Cutler finished 17 of 30 for 252 yards with a touchdown and an interception in the 22-16 loss. Although a report had suggested that Cutler lost the locker room after a 36-10 loss to Tampa in Week 10, it definitely didn't look that way against the Giants.

During Sunday's game, Cutler helped lead his team out to a 16-6 lead before the Bears offense finally disappeared late in the second half.

The injury to Cutler's shoulder is the second potentially serious injury that he's suffered this season. The Bears quarterback also suffered a thumb injury in Week 2 that sidelined him for five games.

If Cutler is done for the season, that means the quarterback job would go to Matt Barkley unless the team decides to bring someone else in. After early season injuries to Cutler and Brian Hoyer, Barkley was forced to take most of the snaps in a Week 7 game against the Packers.

In that 26-10 loss, Barkley threw for just 81 yards and added two interceptions.

The Bears have been dealing with quarterback injuries all season. Besides Cutler's two injuries, the Bears also lost Hoyer when he broke his arm in Week 7.

If Cutler's shoulder injury ends up costing him the rest of the season, it will be fascinating to see what the Bears to with Cutler after 2016. If they decide to cut him, it wouldn't cost them very much in salary cap space. On the other hand, if they decide to keep him, Cutler would only be making $12.5 million in base salary in 2017, which is a manageable number if the Bears truly think he can be their starting quarterback.