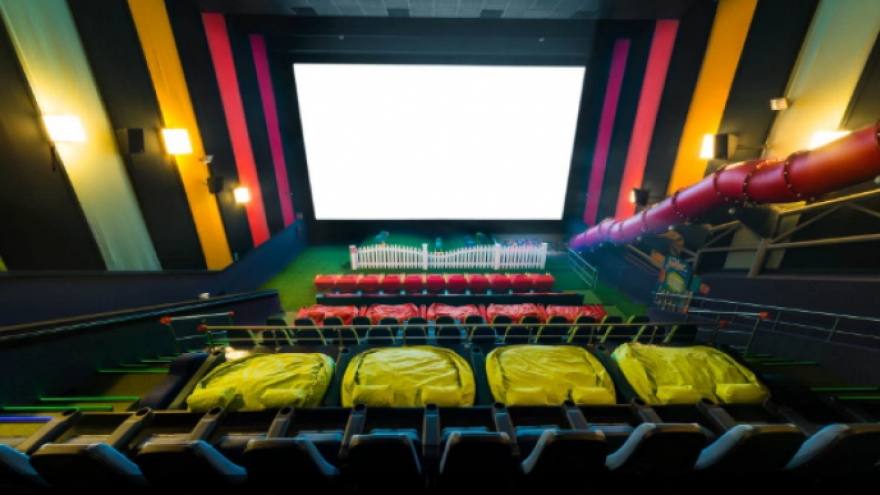 PICO RIVERA (CBSLA.com) — A new movie theater that lets kids play on a jungle gym while mom and dad watch a flick – or at least try to – is set to debut in the Southland.

Cinépolis Pico Rivera will hold 133 seats and include a 55-foot-long by 25-foot-high play structure and a special fenced-in play area for little ones to run wild as the featured film plays on the big screen behind them.

If you don’t have a headache yet, your kids can head over to the 13-feet-by-28-feet play area, which has a green lawn turf with a tire climber and molded plastic animal sculptures perfect for climbing and crawling.

But you won’t get to watch the latest R-rated fare at Cinépolis: the theater will screen only kid-friendly fare seven days a week. Ticket prices will vary by location, but expect to pay an “additional surcharge” to the average cost of a movie theater ticket, which runs around $12 nowadays.

Families will be permitted to enter the auditorium 15 minutes before the film begins to allow for “early play time and settling in”. It’s not clear whether non-family audience members will enjoy any perks – or even show up at all.

The concessions will also be a little playful: guests will be able to enhance their popcorn with flavors including Chili, Cheetos, Caramel, and Zebra via the theater’s expanded snack bar.

In addition to the Pico Rivera location, another 134-seat Cinépolis Junior auditorium is set to open in the San Diego area later this year.