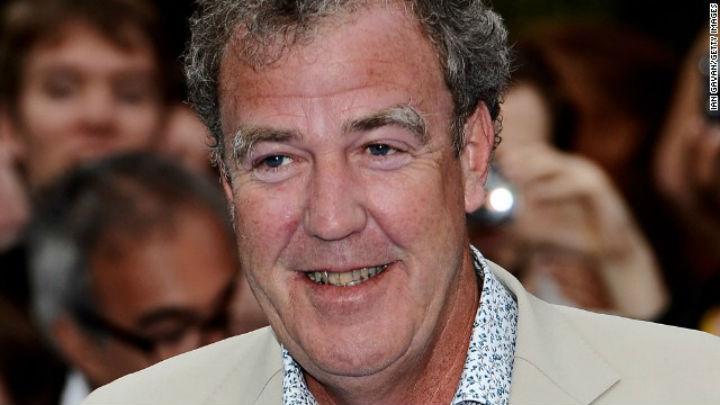 (CNN) -- It seems a helmet-wearing tank driver armed with a petition signed by more than a million fans was not enough to save Jeremy Clarkson, who hosted one of the most watched television shows on earth.

The BBC confirmed Wednesday that the \"Top Gear\" host's contract would not be renewed.

Director General Tony Hall released a statement after an internal investigation into an incident on March 4 involving what the BBC earlier described as a \"fracas\" between Clarkson and his producer Oison Tymon.

\"A member of staff -- who is a completely innocent party -- took himself to Accident and Emergency after a physical altercation accompanied by sustained and prolonged verbal abuse of an extreme nature. For me a line has been crossed,\" Hall said in the statement.

The altercation is widely reported to have occurred at a hotel in North Yorkshire after a day of filming. Clarkson is said to have launched into a tirade after being told that the hotel's kitchen was closed for hot food.

On March 10, the BBC announced Clarkson had been suspended pending an internal investigation and that the next episode, which was scheduled to air five days later, had been pulled.

On Monday, the broadcaster canceled four live \"Top Gear\" shows scheduled for next week in Stavanger, Norway. However, it said the programs would be rescheduled and that all other live dates would \"run as scheduled.\"

Calls to 'Save Clarkson'

Fans expressed outrage at the BBC decision to suspend Clarkson.

Even media baron Rupert Murdoch commented on speculation that Clarkson would be sacked, posting a tweet on Tuesday night in which he described the presenter as a \"funny man with great expertise.\"

Last week, a fan dressed as the \"Stig\" -- the anonymous racing car test-driver who was once a regular feature of the show -- drove to the BBC's London headquarters in an armored tank to present the \"Bring Back Clarkson\" petition.

Clarkson later thanked his supporters in a tweet shared more than 22,000 times.

An online petition to have Clarkson reinstated has been signed by more than a million people. Fewer than 10,000 people signed a counterpetition calling for him to be fired.

According to the BBC website, Clarkson is credited with changing the face of modern motoring journalism. It also adds: \"Terrifyingly, he might just be the most influential man in motoring.\"

Clarkson has been at the helm of the program since 1998, and for more than a decade has fronted the relaunched version with co-presenters Richard Hammond and James May. The trio's long-distance challenges in a mix of elite and sometimes barely roadworthy vehicles has earned the program cult status.

In 2013, Guinness World Records named \"Top Gear\" the world's most widely watched factual program, with an estimated 350 million global viewers. The show is sold to 214 territories worldwide. Local versions have been made in the U.S., China, Russia, Australia and South Korea.

While Clarkson's abrasive style has proven popular with viewers, his on- and off-air comments have earned him a reputation as a politically incorrect maverick who often walks a fine line between humor and offense.

Last year, he apologized profusely after being accused of mumbling the n-word in a clip that wasn't aired.

\"I'd actually used the word I was trying to obscure. I was mortified by this, horrified. It is a word I loathe,\" Clarkson said in video statement posted online.

He's been accused on other occasions of racism, including characterizing Mexicans as \"lazy and feckless\" and using the word \"slope\" over footage of an Asian man crossing a bridge during a \"Top Gear\" special in Myanmar. Producer Andy Wilman later apologized, calling it a \"light-hearted word play joke,\" and saying that the team was not aware that it was offensive to Asians.

Last week, Clarkson launched into an expletive-filled rant at a charity auction in north London, verbally attacking his BBC bosses. A CNN reporter who was at the event said Clarkson swore often as he talked about his suspension from the show, saying the BBC had \"f**ked themselves\" and had ruined a great show.

Clarkson later brushed off the incident and said the the rant was meant \"in jest\" and was designed to increase bids for the prize being auctioned -- one last lap of the \"Top Gear\" race track.