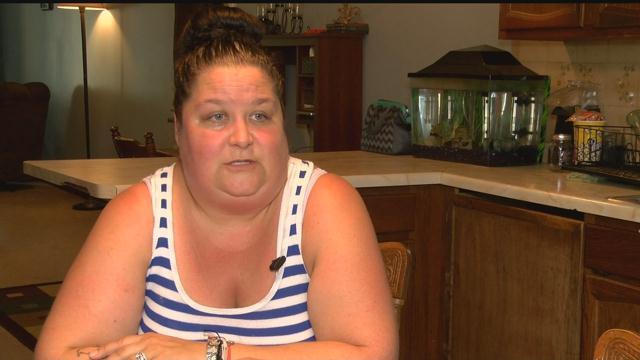 CBS 58—A Bay View woman is shaken up after catching a man entering her kitchen Tuesday evening.

“It was surreal at first,” Michelle Horbinski said.

It was around 7 pm when Horbinski heard her squeaky back door opening. She assumed it was her 8-year-old son, who was playing outside with friends.

“So I turned to be like, what are you doing?” Horbinski said. “All of a sudden I turn and it's like, it's not my son. There's this man standing in my kitchen.”

Once he realized he wasn't alone, the man took off.

“I really don't think he could see me when he came in,” Horbinski said.

Horbinski immediately called police. She says her neighbors saw the man leave, and were able to give a more detailed description.

“To me it was quite bold that him knowing neighbors are outside, right next door, you can tell we're home, he just walked in to my house  to who knows do what,” Horbinski said.

Horbinski says her take away isn't to live in fear, instead it's that everyone needs to be more alert.

“I'm not going let them scare me from letting my son outside, or opening my doors on a nice summer day,” Horbinski said. “I am more vigilant and I can tell you all of my neighbors are very vigilant now. We're watching out for one another.”

Horbinski says when she made her report, police told her this has been happening to others in this normally quiet bay view neighborhood. Police did not return a request for comment.