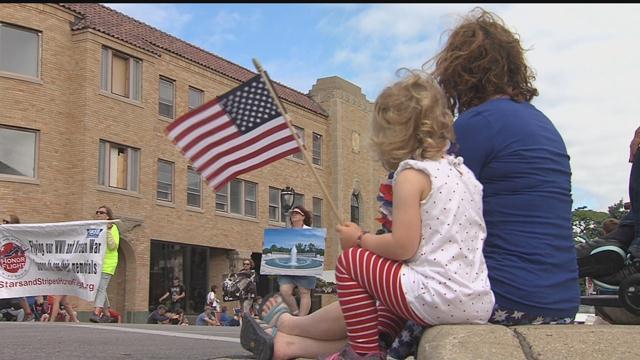 They cleared the streets quickly because the annual July 4th Parade to Humboldt Park begins bright and early at nine in the morning.

Families scampered out early, perhaps a little weary from the weekend that just passed but full of adrenaline to get them through this ritual of summer.

"We live just down the street. This is a tradition that we love in the neighborhood," explained Stacey Grant-Savbela.  "I'm from Canada and I became a citizen so I really enjoy being a part of this country. And my daughter really enjoys it."

There was applause for the Honor Flight folks who help arrange visits to D-C for are aging war heroes.

A string band played old time favorites and were followed with some baton twirlers.

Organizers believe this makes the Bay View parade one of the largest, if not the largest in the city.

"We do this every year and at this corner," Jessica Hernandez told CBS 58 News. "Lots of family and friends in the parade and alongside us."