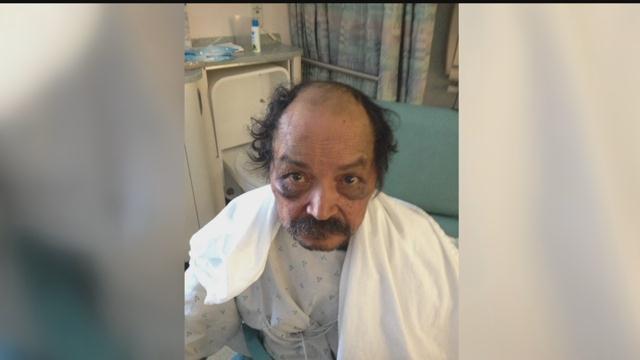 A Bay View man was beaten and robbed just feet away from his own home, and the man is now recovering in the hospital.

The victim’s wife told CBS 58 that someone beat up 65-year-old Luis Garcia so badly; he couldn’t even pick himself up.

He was taken to the hospital in critical condition, but his wife told CBS 58 Luis Garcia is slowly improving.

Milwaukee police don't have many details on the robbery from Saturday night, Garcia believes her husband was walking back home from the Bay View Bash Festival, when he got into an argument with a teenager over some girls he may have been talking to.

Police don’t have those details confirmed at this time.

"I don't know how it all really came down,” Garcia said. “But I am angry and frustrated and I'm disappointed that any person could have hurt another person in that way." "People were around and nobody noticed."

Garcia told CBS 58 her husband could have died from his injuries, but right now she is focused on his recovery.

"He is responding,” Garcia said. “He is in the hospital, and God's will he may be able to come home tomorrow."

Anyone with information on Saturday’s attack is asked to call Milwaukee Police.

Bay View residents will be marching Thursday night in support of community safety.

The event is aimed at raising attention to crime issues in the neighborhood.

The march is scheduled to start at 5:45 p.m. at Zillman Park.