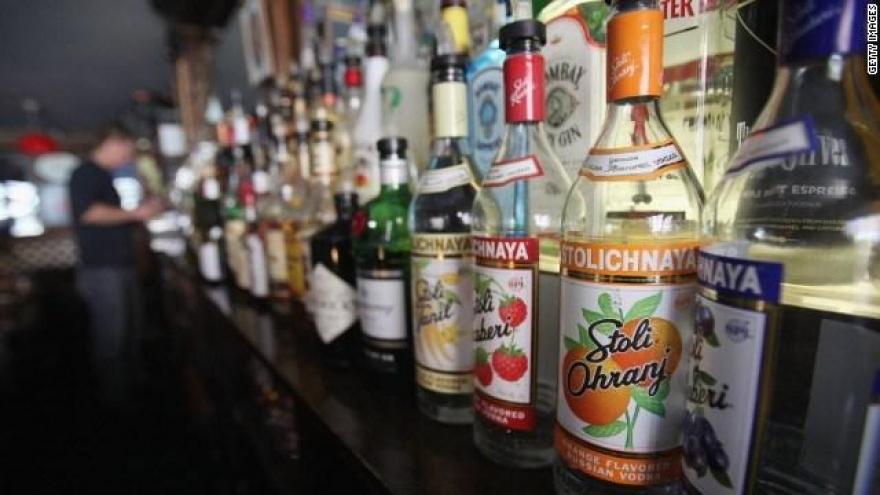 You and your wallet are much better off at a house party than at a bar.

Drinking eggnog at home has always been cheaper than racking up the tab at the local pub. But that disparity has grown a lot in the past 12 years, according to the U.S. Labor Department.

Your bourbon, scotch and whiskey at the bar are getting really expensive. Prices for distilled spirits consumed away from home are up 51% since 2003. But the same spirits when consumed at home are up only 12% over that time.

Beer drinkers haven't been spared either. Beer prices at pubs and restaurants overall are up 42% in the same time period, but brews consumed at home costs 30% more.

Bill Cook, an economist at the Bureau of Labor Statistics, points out that when buying alcohol at a bar or a restaurant you end up paying for service costs such as a bartender or waiter's wages, fancy decor and high rental costs associated with a nice location.

But another major factor at play is that there's a lot more flavors and styles of alcohol today than a decade ago. Increased innovation and variety of flavors is reflected in higher prices.

And revenue for high-end whiskey companies has more than doubled since 2009 from $137 million to $325 million last year, according to the Distilled Spirits Council of the United States.

Also the craft beer boom means people are choosing pricier beers at bars more often now than in years past.

"Craft beer tends to be a little more of an on-premise product than other beers," says Jones, referring to bars and restaurants. "When you go out you tend to step up a little bit and buy a higher priced beer."

There's also a lot more variety today. Last year there were 3,418 craft breweries in the U.S., up nearly 20% from 2013, according to the Brewers Association.

So, if you want to save money drink your alcohol at home.

But if you want variety and to try out new cocktails or beer you have no option but to pay up.