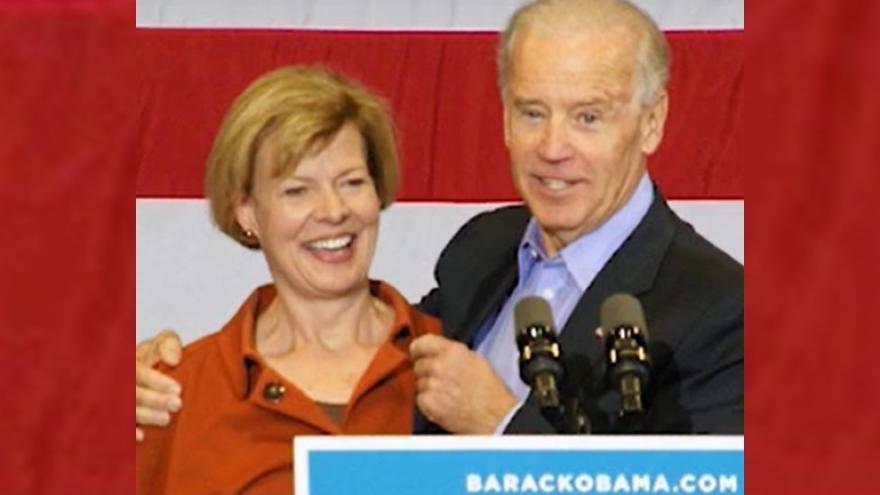 Her endorsement comes the day after the former vice president won Wisconsin's primary and all of his former rivals had also backed him.

In a video published, Senator Baldwin praised Vice President Biden, “not just because he's always fought for the bold, progressive change that working families in Wisconsin need -- but because he understands that everyone deserves to be treated with dignity and respect -- and afforded the opportunity to thrive” and pledged to “do everything I can to make sure Joe Biden wins here in November.”

Senator Baldwin is currently serving her second term in the U.S. Senate, after being reelected by an 11-point margin in 2018. Prior to her election to the Senate in 2012, Senator Baldwin served seven terms in the U.S. House of Representatives.