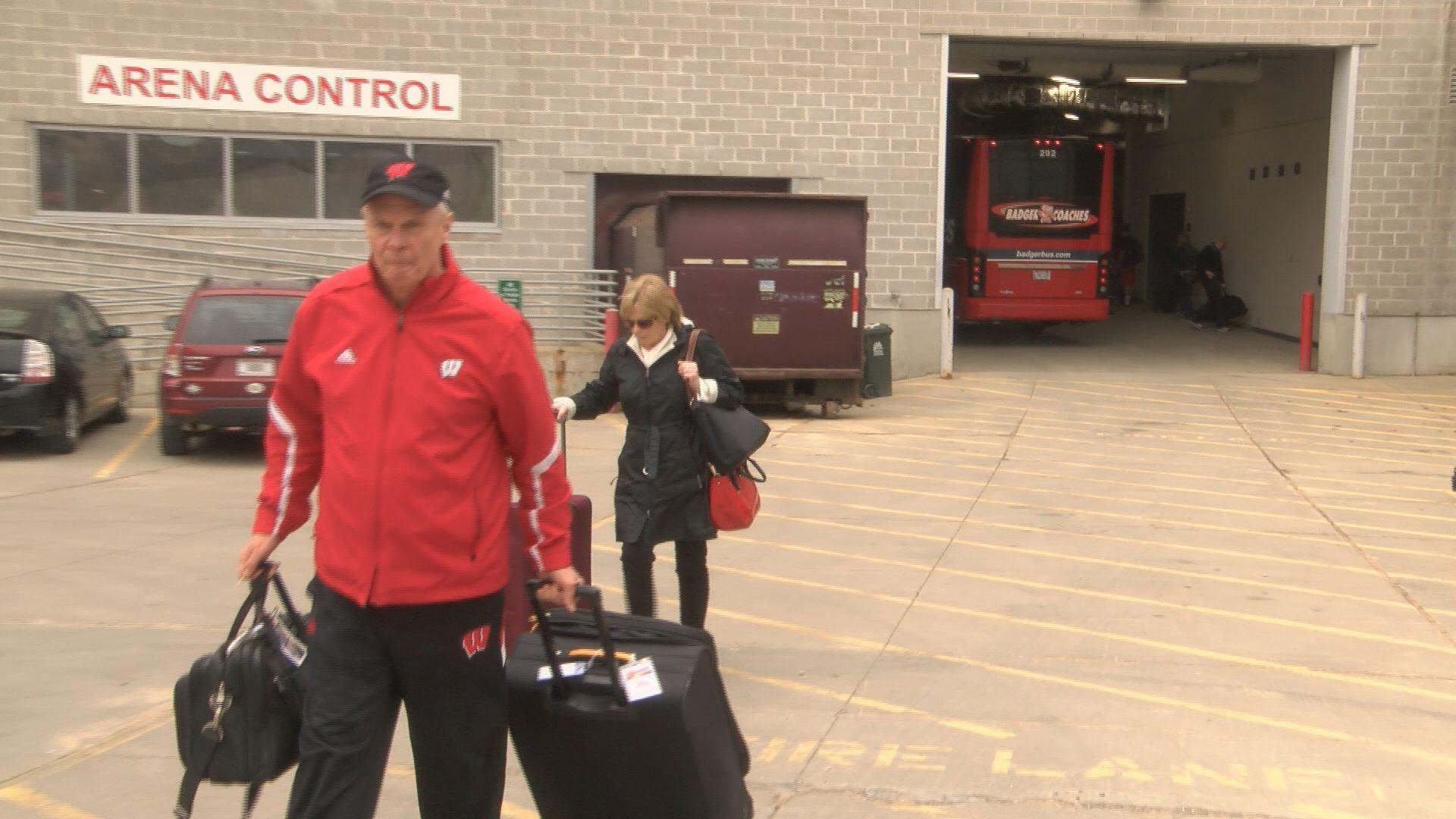 The team is back in Madison, and was greeted inside the Kohl Center loading dock by cheers from a group of about a dozen people.

The team arrived just before one Tuesday afternoon. The media was not allowed inside the loading area, and players and coaches left the arena without talking.

The team bus was escorted back to the arena by University of Wisconsin police.

Fans on campus say they are proud of this team, and everything they were able to accomplish this season.

They say Monday night's loss is not the only moment they'll remember about this tournament/season. Instead things like Sam Dekker's hot shooting at key points, and Frank Kaminsky just being back for an award winning senior year will always be remembered.

\"People, they love this team. This team is going to be remembered as the greatest basketball team in [UW] history.\" said fan Matt Reiter.

\"I think they're in a position to do well again next year so I think that they should be happy that they at least made it this far.. and now we know for the future what to look forward to.\" said fan Devin Jones.

Fans we talked to are hoping for some sort of rally to celebrate everything the Badgers accomplished, the athletic department says there are no plans for a rally right now.