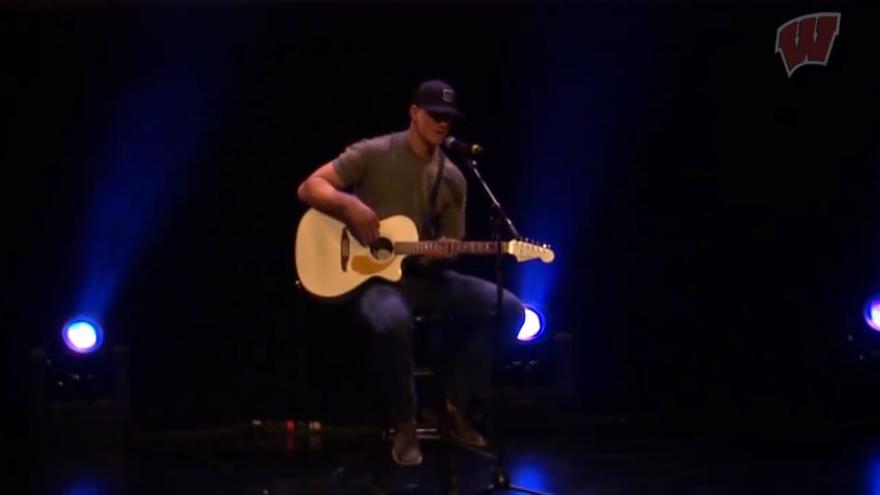 The awards show also has a talent portion which was kicked off by Hornibrook this year with his rendition of Zac Brown Band's "Chicken Fried." Before his performance, Hornibrook said this was his first time playing in front of an audience and even his mom hasn't heard him play or sing.