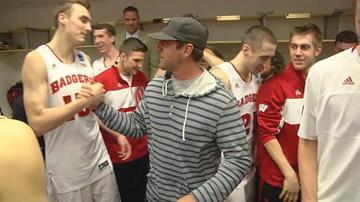 MILWAUKEE -- For the first time since 2000, the Wisconsin Badgers are leaving the state to play in the NCAA Final Four.

The team is heading down to Texas today ahead of the Final Four game against the Kentucky Wildcats on Saturday.

This will be the fifth meeting between Kentucky and Wisconsin and coach Bo Ryan says the Badgers practiced Tuesday and will continue to sharpen their skills today.

The Badgers will arrive in Dallas tonight around 7 p.m.

CBS 58 will have a crew there the entire weekend, bringing you reports leading up to Saturday's tip off.