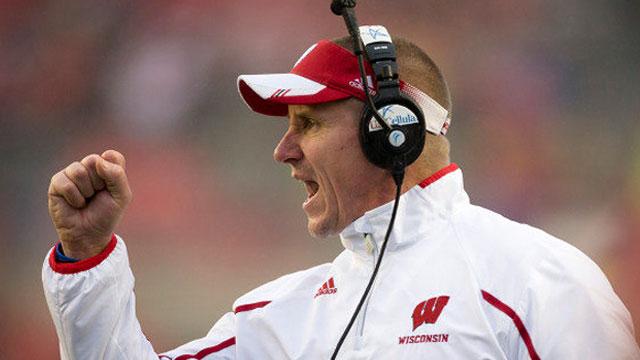 During a news conference, Alvarez said, \"I thought Gary was a good fit. There was never any talk I want to get back to that part of the country.\" Alvarez told reporters he's always prepared and has a short list of coaches he's been keeping an eye on. Alvarez promised to find a new head coach who will uphold the \"great tradition at Wisconsin\". UW-Madison Chancellor Rebecca Blank says, \"I look forward to working with Barry Alvarez as he selects the next coach of the Wisconsin Badgers.\"

Alvarez says, \"I want to thank Gary for his two years here and commend him on the way his team performed on the field, in the classroom and in the community. I wish him the best at Oregon State.\"

Andersen has enjoyed success at the University of Wisconsin with a 19-7 record. \"I had the opportunity to meet and coach some great young men, and I look forward to watching them as they continue their careers and move through life,\" Andersen said.

Members of the Badgers football team were informed of this move at a team meeting on December 10, 2014 at 4:00 p.m. Alvarez says some of the seniors asked if he would coach the Outback Bowl game against Auburn on New Year's Day. He told reporters he would consider coaching the game.
Share this article: