Badgers arrive in Indy as season culminates in Final Four 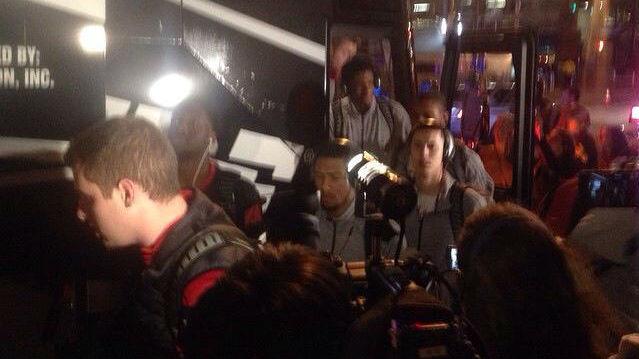 Coach Bo Ryan and his team have been especially loose in recent press conferences, talking about video games and pinball and breaking down strategies on how to get friends and family into Lucas Oil Stadium for the festivities (each player is only allowed six tickets to each game). But Wednesday night, the Badgers weren't in the mood for distraction. They bypassed media interviews and went straight into their hotel.

Frank Kaminsky and Bo Ryan are up for major awards this weekend, but everyone in Badgers red is more concerned with an undefeated Kentucky team that looms as a Final Four foe for the second straight season. Last year, Kentucky ousted Wisconsin from the Tournament in the final seconds.

The Badgers will address the media Thursday and practice Friday before tipping off Saturday at 7:49 against the Wildcats. The game is on TBS. CBS 58 will provide live coverage throughout the week from Indianapolis, including a 30 minute Tipoff To The Final Four special Friday night at 10:30.