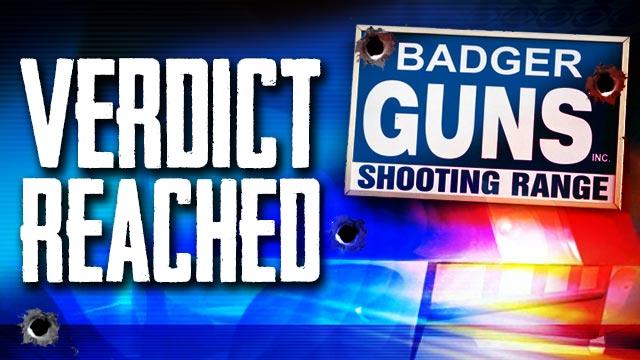 Badger Guns was found liable and negligent in the shooting of the two Milwaukee Police Officers.

The jury didn't believe it was a conspiracy and voted no for conspiracy charges.

Badger Guns was ordered to pay $730,000 in punitive damages.

Norberg received $490,000 for past pain and suffering and Kunisch's was awarded $975,000 for future pain. This is one of several pay outs they received. They were awarded additional pay outs for lost wages and for medical bills.

Several jurors spoke after the trial talking about what factored into their decision. They said the sales clerk who testified he was never trained into the federal regulations of selling a firearm was a factor, plus hearing from the Badger Gun owners themselves. Juror Brett Heaton said, "My gut tells me the defendants are not malicious people, but they're negligent people."

The plaintiff said Badger Guns didn't stop a straw purchase that led to the shooting of Milwaukee officers Bryan Norberg and Graham Kunisch.

During the trial civil prosecutors showed a video of the straw purchase, where a man bought the gun for the 18 year old shooter, Julius Burton.

The jury began deliberations Tuesday around 8:45 a.m. and came back with the verdict around 4:30 p.m.