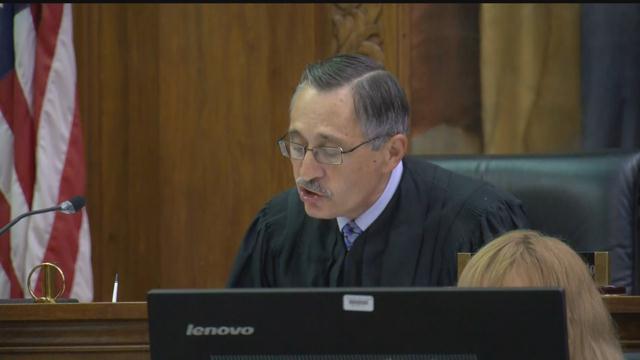 Today the civil trial began for two Milwaukee Police officers, shot by a man who got a gun from Badger Guns in a straw purchase. Today the jury was selected and open statements were wrapped up.

The prosecution says Badger Guns didn't stop a straw purchase that led to the shooting of Milwaukee officers Bryan Norberg and Graham Kunisch.

Civil prosecutors showed a video of the straw purchase, where a man bought the gun for the 18 year old shooter. They claim the on the federal form for it asked if you were buying this gun for someone else--and the buyer answered "yes." Prosecutors claim badger guns salesman gave the form back to the straw purchaser so they could change that to a "No, I'm not buying the gun for someone else."

But the attorney representing Badger Guns says the shooter was old enough to buy a shotgun and rifle on his own. And the salesman had his back turned during moments where it would have been a give away that this was a straw purchase.