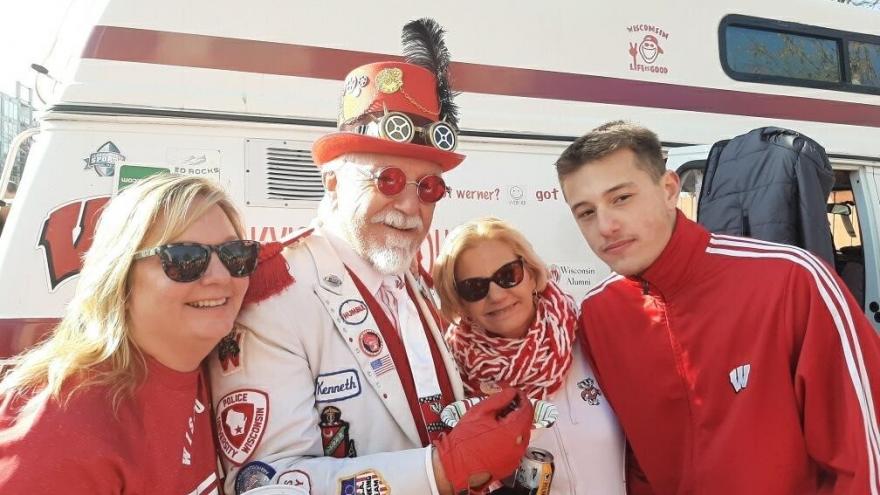 MILWAUKEE (CBS 58) -- Ken Werner popped up on a Zoom interview Tuesday, August 11, wearing a polo with a Wisconsin "W" on it.

"If I don’t wear something red with a 'W' on it, virtually every day, people would come to me, 'What’s wrong? You don’t have any Wisconsin on," he said.

In fact, most people know him as Kilted Ken because of the kilt he wears on game days.

He says he's attended more than 500. He was prepared to wear a mask this season, but then came word, there wouldn't be one this fall.

"Probably about the depths of despair over the fall football season right now, but I’ll get over it," he said.

"From an alumni standpoint, we want, ultimately we want students that leave today to go school there to have the same experience we did, so when health and safety are an issue, that’s never acceptable. We just want those students to go and make those memories and those friendships that will last a life time," said Joe Crain, president of the Wisconsin Alumni Association - Milwaukee Chapter.

From a sports fan's perspective, though, he says it was a sad day.

"So many members of the Milwaukee community have season tickets to Badger Athletics and Badger football on Saturdays in the fall. It brings the community together, right? Alumni, friends, everybody in the state is a Badger fan on Saturdays."

Kilted Ken says he gets it, too.

"I understand the mission of the university administration and as the Big Ten commissioners and athletic directors met, ya know, the mission was to preserve the safety of the young men who are playing the game, and playing the game awful hard," he said.