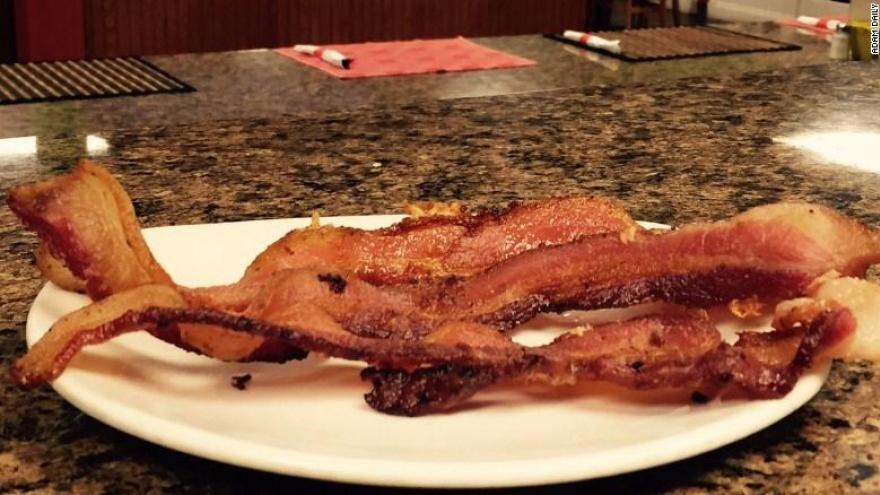 (CBS NEWS) America’s doctors haven’t been able to curtail the country’s ever-expanding bacon consumption, but maybe high prices can do it for them.

The fatty and addictive substance chefs rely on to make basically every dish more delicious is set to become more expensive as supplies of the pork bellies that bacon comes from fall to historic lows.

In December 2016, frozen pork belly inventories were at 17.8 million pounds, according to the U.S. Department of Agriculture -- just a third of their levels the year before. It’s the lowest level since 1957.

Pork belly prices, meanwhile, were up 23.8 percent from the year before, according to the USDA. And prices rose another 20 percent in just the first three weeks of January, said the nonprofit Ohio Pork Council.

It’s not lack of pigs that’s the culprit. Farmers today are “producing more pigs than ever,” Rich Deaton, the group’s president, told USA Today. “Today’s pig farmers are setting historic records,” he told the newspaper. “Yet our reserves are still depleting.”

To keep consumers abreast of the issue, the council has set up the page BaconShortage.com, which reassures visitors “the pork industry will not run out of supply.”

American consumption of pork has remained fairly steady over the past few years, USDA data shows, so it’s possible that increased demand for pork abroad is driving some of the decrease in reserves. November pork exports were at record highs, the department notes.

It remains to be seen whether consumers will want to pay more for their breakfast indulgence. But one thing is clear: No shortage is in sight. As Steve Meyer, vice president of pork analysis for EMI Analytics, told the New York Times, “Bacon production will be higher than it’s ever been.”