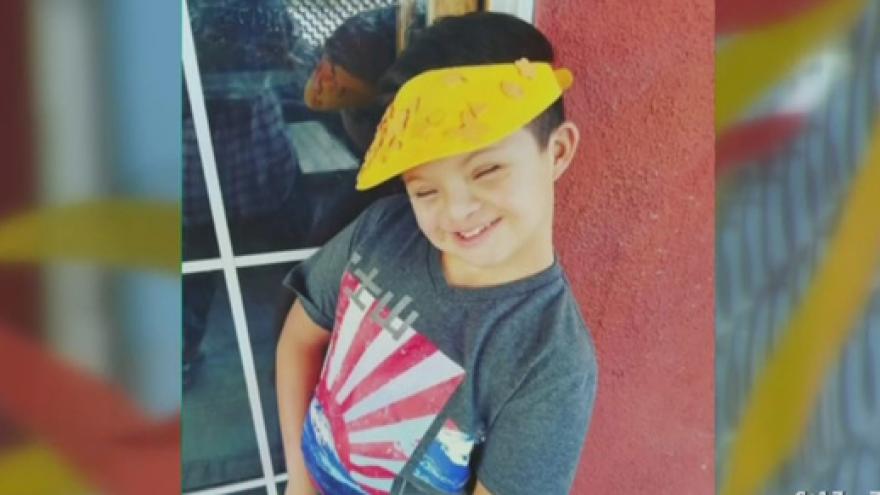 LOS ANGELES (CBSLA) — A North Hollywood family says workers at a Van Nuys pumpkin patch discriminated against their son because he has disabilities.

Their babysitter posted the story on social media and it’s already been shared thousands of times.

CBS 2’s Laurie Perez reports the festival’s owners are sending mixed messages about what happened and the boy’s family and sitter are enraged.

Babysitter Erika Ganier has snapshots of 11-year-old Nicho Fajardo having a blast inside a bounce house, just moments before workers at a Van Nuys pumpkin patch kicked him out. She says they said “kids like him” have been hurt and so they aren’t allowed.

“I am furious!” Ganier said. “I couldn’t even believe what was happening.”

Though Nicho has Down Syndrome, she says she assured them there was no safety issue, but workers kept insisting.

“The other children are running around and jumping and we have to leave” Ganier said.

Nicho’s parents say their boy has forgotten the incident, but they have not.

“That’s not right, what they did and they discriminate against him, Nicho’s father said. “Why? because he has a disability or he’s special needs?”

The manager would not go on camera but said the family is making  “a federal case” about it and that Ganier was so loud and angry she made two little girls cry. He added that parents of kids with disabilities should call to let them know they’re coming.

The owner of the pumpkin patch was more conciliatory, leaving this voice mail for the Fajardo’s:

“I am so, so sorry,”  But then also mentioned that special arrangements are needed.  “You make arrangements for him to be, a day ahead of time, to where it’s not busy because you now how kids are bullies and stuff.”

“There’s no legal reason that you could possibly do that, exclude a child from participating in any activity,” Baker said. “He could have a day where it’s specifically for children with disabilities but you also have to welcome them any day, any day that you have an activity.”

That exclusion is what seems to get to Nicho’s mom so upset.

“It’s just upsetting you know my son’s always been an inclusion kid to think people still nowadays treat him different, I’m glad I wasn’t there to see his reaction.”

Her family wants an apology and wants to raise awareness, especially now, during Down Syndrome awareness month.