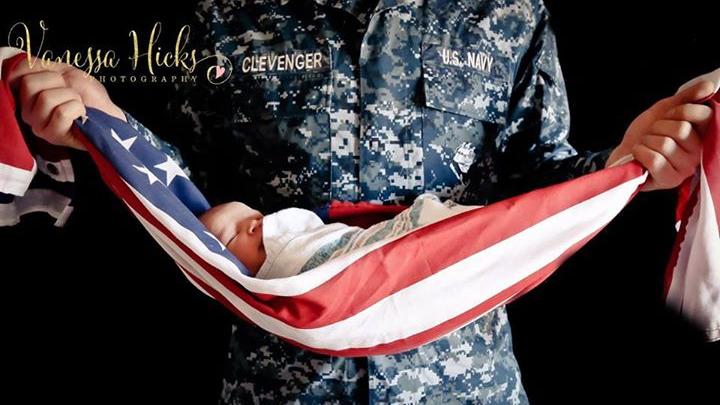 When photographer and Navy veteran Vanessa Hicks photographed her friend's 8-day-old baby wrapped in an American flag and being held by a sailor, she said it was an image of patriotism.

\"I do believe that this picture right here shows what it means to be an American,\" Hicks said, according to CBS affiliate WTKR. \"That flag, the uniform, that baby - exactly what every service member is out there fighting.\"

But when Hicks posted the photo online earlier this week, she became the target of Facebook anger.

A Facebook page called \"You Call Yourself A Photographer?\" blasted Hicks and said she had desecrated the flag by using it as a \"prop.\"

The message on the page, which has more than 4,000 likes, said that Hicks had \"disgraced our fallen soldiers as well by disobeying that code.\"

But Hicks, who said she served in the Navy for four years aboard the USS Enterprise, said she remains undeterred by the criticism.

\"I hope that other people want this pose and I will absolutely do it and share it proudly,\" she said.