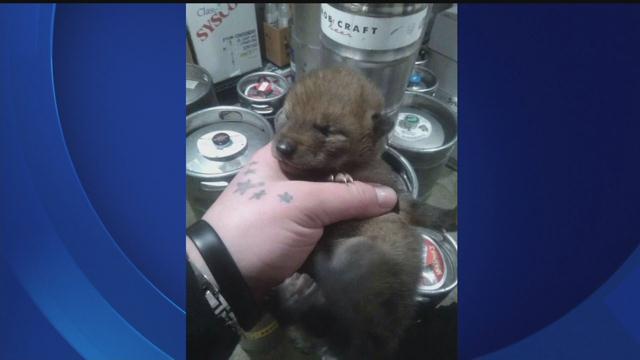 Four young coyotes are back in the wild after being found behind a Greenfield restaurant on Tuesday night.

The parking lot behind Brass Tap Bar and Restaurant is not where you'd expect to find four coyote pups, but that's exactly what workers found there that evening.

The employees believed the pups were abandoned dogs, so they called police. They brought the pups inside and put them in a box, before discovering they were actually wild animals.

"We were shocked initially," said Nick Marking, bar owner. "We all thought they were dogs and that they were gonna call animal control and put them there. And when they came back and said these are coyotes, everyone was quite shocked that they were coyotes."

According to Greenfield police, it's not unusual for coyotes to nest in areas like this during this time of year.

Shortly after they put the coyotes back where they were found, their mother did show up and move them.