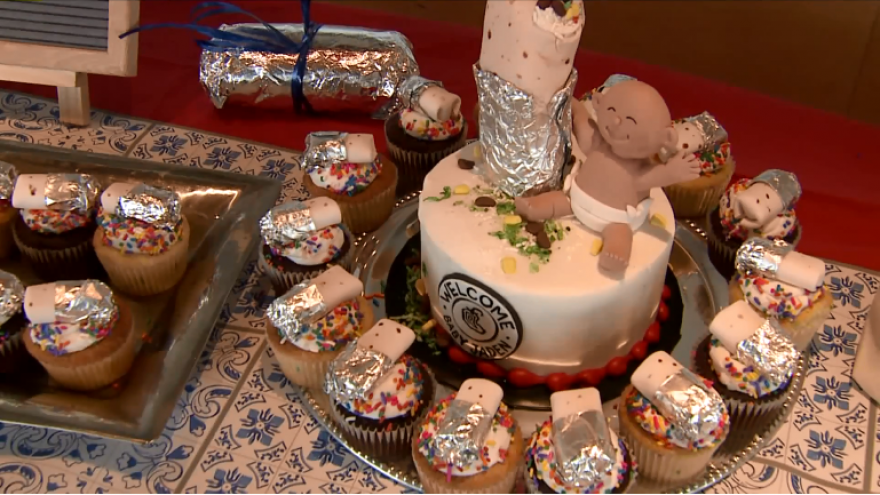 CENTENNIAL, Colo. – (KDVR/CNN) Chipotle doesn’t deliver, so a Denver couple took matters into their own hands – by delivering their baby in the restaurant’s parking lot.

On the morning of April 10, Adrianna Alvarez went into labor with her fourth child.

“We were actually driving down this road to get to the hospital and we were getting really close to the street and I told him we’re not going to make it, I feel like the baby is coming,” Alvarez said.

“The dispatcher is like I think you need to pull over. And we ended up in front of Chipotle. It was really weird,” Alvarez said.

“We do a lot of child births but we rarely get to the actual birth part,” Schell said. “This one was the first on in 18 years that I actually got to dispatch and help with the baby being born.”

Jaden Flores was born at 9:11 a.m. on April 10th in the Chipotle parking lot.

“He became the little Chipotle burrito baby,” his mom said.

To celebrate, Chipotle invited the proud parents, the dispatcher and their whole families to the restaurant for a one-of-a-kind baby shower.

They had a cake and cupcakes with faux burritos on top and they gave Jaden a swaddle blanket that looks like a tortilla.

Best of all, Adrianna and Saul got to meet the dispatcher who helped guide their little burrito safely into the world.

“We don’t hardly ever get to meet our patients, ever. We don’t even know what happens to them after we’re done sometimes. So to be able to share the good news and this is what dispatchers do out there. We do this every day. You see a lot of bad news out there, but gosh, there are so many good one out there,” Schell said.

It’s only fitting that Jaden was born in a Chipotle parking lot. His parents met at a Chipotle and at one point they both worked at Chipotle too.