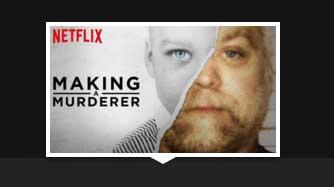 Steven Avery’s ex-fiancee told CNN’s Headline News, she believe’s Brendan Dassey was innocent and had been threatened by Steven.

"I believe he's innocent. I believe Steven threatened brenden to do it, if Brenden didn't do it… he'd hurt him. Probably end up killing him too," said Jodi Stachowski.

She, also, said Avery threatened her.

“Steven liked to burn stuff.  I had two jackets he burnt those because they were given to me by an ex boyfriend. Anything he could he would burn. It's like he liked fire. If I stayed I would keep getting in trouble. Well I ain't getting in trouble for him.  I moved. I took one duffle bag of clothes, the rest was left there and they burnt it. My daughter's baby book, her clothes, my china set, everything I owned, they burned,” said Stachowski.