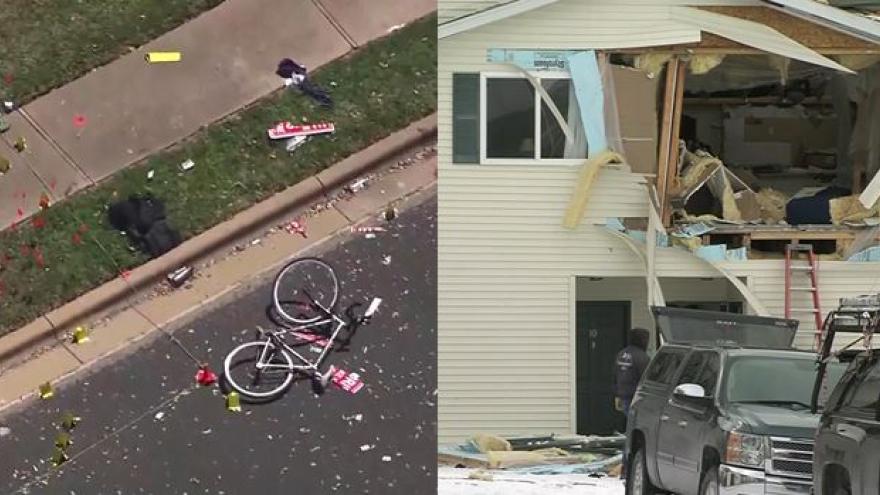 (CBS 58) – Police believe a serial bombing suspect in Austin Texas is dead, but they’re warning people in the city the danger may not be over.

They’re worried 23-year-old Mark Conditt may have left other explosives behind. SWAT teams and explosive experts are still searching locations in and around Austin.

Austin Police say Conditt killed himself with an explosive device after they traced him to a hotel.

The plan was to arrest him when he started to drive away in an SUV.

Mark Conditt was a suspect in five explosions dating back to March 2. Four of them were in Austin, one was at a FedEx facility near San Antonio.

The explosions left two people dad and four others hurt.

Now, investigators want to find out how Conditt learned to make the bombs and why he did it.

Earlier this month a 28-year-old man was killed in an explosion in Beaver Dam. Police believe he was making bombs in his apartment but investigators don’t know why.

They’re exploring any and all leads.

The Police Chief in Beaver Dam says it’s too early in the investigation to rule anything out. He says they have reached out to the FBI to discuss any possible link between Conditt and Benjamin Morrow, the 28-year-old killed in an explosion on March 5.

Police say 28-year-old Morrow had bomb-making materials inside his apartment and the explosion that killed him appears to be accidental.

There are some similarities between the two men. Both were homeschooled, in their 20’s, raised with Christian backgrounds and had mothers with Midwest roots.

CBS 58 also spoke with the FBI who says it’s too early in the investigation for them to comment on any potential connection.