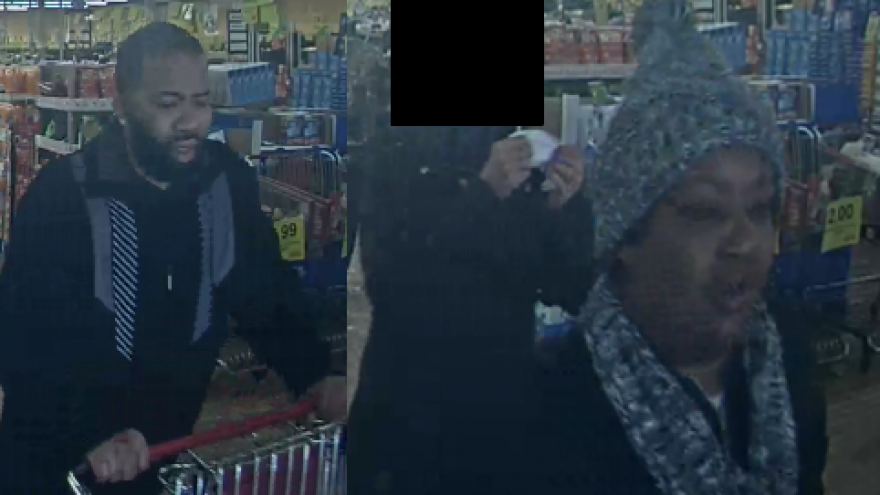 MENOMONEE FALLS, Wis. (CBS 58) – Menomonee Falls Police are looking for two suspects believed to be involved in a theft from the Woodman’s Food Market on February 17.

Authorities say the suspects are a black male and black female. Police believe the two stole $99.78 worth of groceries.

The suspects left the store in a white 2004 Acura MDW with the Wisconsin license plate 113WWH.