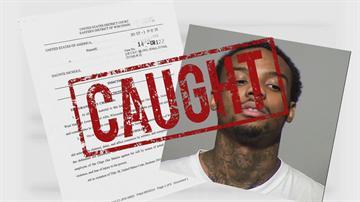 MILWAUKEE- The FBI said that a ten-man robbery crew was recently broken up.

One of the alleged members of that crew was profiled on CBS 58 as part of the \"Milwaukee's Unsolved Bank Robberies\" series.

Back in June, the series looked at a robbery at a PNC Bank on Capitol Drive in Milwaukee from December.

According to the FBI, the suspect in the pictures is 21-year-old Daunte Nichols.

Court documents also connect Nichols to a West Allis robbery at a Citgo gas station where a clerk was shot, along with other bank robberies, and a CVS/Pharmacy robbery.

The FBI said that Nichols is tied to at least eight financial and commercial robberies and that the crew as a whole is responsible for at least 20.

Some in the crew, like Nichols, are facing federal charges, while others will be facing state charges.