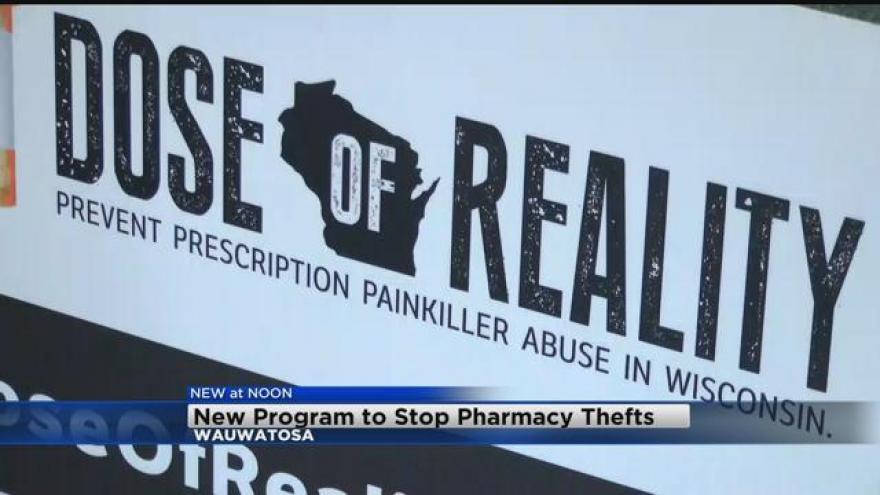 With Wisconsin ranking among the worst in the country for pharmacy robberies, the state's top cop is working with other groups to reverse this troubling crime trend.

The announcement was made at Swan Pharmacy you may remember this surveillance video from when they were robbed back in December.

Schimel said it's robberies like this one that prompted him to team up with the Pharmacy Society of Wisconsin.

The program will teach pharmacy employees what to do during and after a robbery, and go through what steps pharmacies can take to deter criminals.

That training will be provided by local law enforcement agencies.

"What's concerning is when you look at states that are much larger like California, Texas, Florida, New York, they should have a lot more [pharmacy robberies]. And when we actually had more than them, it was very concerning,” said Brad Schimel.

The training program is not required, only volunteer.

As for the robbery here at Swan's Pharmacy, Wauwatosa Police say they believe they have identified the suspects but have not made any arrests yet.