ATF pulls back on proposal to ban armor piercing ammo 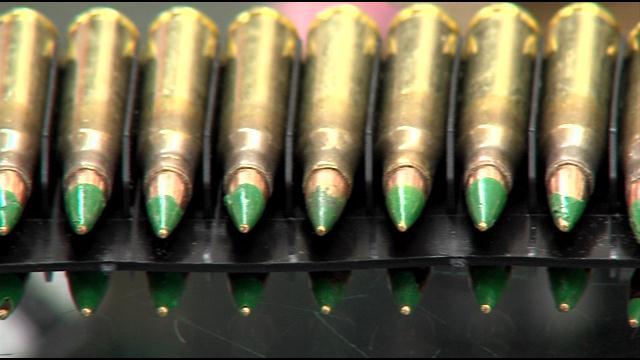 An idea to ban so-called \"armor-piercing\" bullets is no more.

The bureau of alcohol, tobacco and firearms says the bullets are dangerous, but is now backing off their controversial proposal.

The ATF has received 80,000 public comments on the proposal.

The armor piercing ammunition is used for the a-r-15 and other hunting rifles.

Nik Clark, President and CEO for Wisconsin carry say a ban like this would be a step in the wrong direction.

\"It would really set a bad precedent if they ban that ammunition, then they could ban ammunition in just about every deer hunting rifle in the State of Wisconsin”, said Nik Clark.

Controversy has surrounded the AR 15 rifle after the weapon was used to commit the sandy hook elementary shooting.

But no one was available.