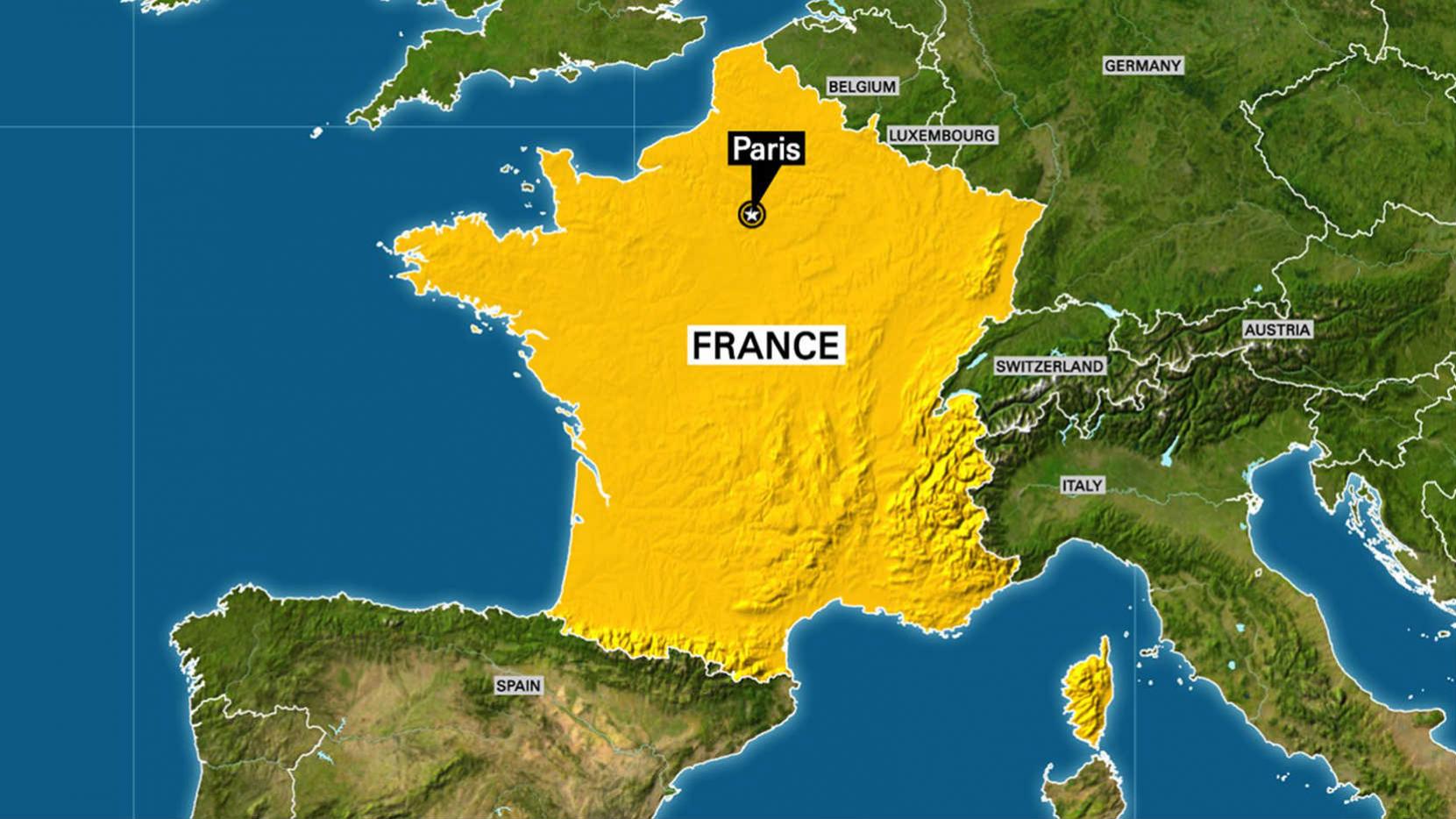 The office of a satirical magazine in Paris turned into a horror show when two gunmen burst in and began firing, killing at least 12 before apparently fleeing on foot.

French President Francois Hollande called the bloodshed at the office of Charlie Hebdo \"a terrorist attack.\"

\"(The gunmen) will be chased as long as necessary, so that they can be stopped and be brought before judges,\" he said.

• Hollande said that \"we have to ... show we are a united country, we know how to react appropriately, with firmness, but always with concern for national unity.\"

\"We knew that we were threatened like other countries in the world,\" the President said. \"We are threatened because we are a country of freedom.\"

• European Commission Vice President Frans Timmermans called Wednesday's incident \"an attack on all of us, on our fundamental values, on the freedoms our #EU societies are built upon.\"

• A U.S. official says France has been a very \"willing partner\" in tracking down Islamist extremists fighting in Syria and Iraq.

Washington expects that \"if they can't find these guys right away, then they will quickly be sharing any profile information or details with us,\" a second U.S. official said.

• U.S. President Barack Obama has been briefed with limited details about the Paris attack, White House spokesman Josh Earnest told CNN on Wednesday morning. Earnest said he is not aware of any imminent threat to the United States.

• Four people wounded in the attack are in critical condition, Hollande said.

• Journalists and policemen are among the victims in the attack, said Hollande, who added that at least four were seriously wounded. He said it would be a few hours before a definite number of injured is known.

• British Prime Minister David Cameron reacted to the deadly shooting, saying on Twitter: \"The murders in Paris are sickening. We stand with the French people in the fight against terror and defending the freedom of the press.\"

A witness who works in the office opposite the magazine's told BFMTV that he saw two hooded men, dressed in black, enter the building with Kalashnikov submachine guns.

\"We then heard them open fire inside, with many shots,\" he told the channel. \"We were all evacuated to the roof. After several minutes, the men fled, after having continued firing in the middle of the street.\"

Witnesses also spoke of seeing a rocket launcher, according to French media reports.

A video taken by a journalist for the Premieres Lignes agency shows the gunmen shouting \"God is great!\" as they began the attack, Le Monde reported. They also cried \"We have avenged the Prophet!\"

Four of the newspaper's best-known cartoonists were killed in the attack, according to a law enforcement source quoted in Le Monde newspaper: Charb, Cabu, Wolinski and Tignous. Charb was also the director of Charlie Hebdo.

Two police officers were also among the dead, the law enforcement source said, according to Le Monde.

There was no immediate claim of responsibility.

The French government raised the country's security alert system to its highest level Wednesday after the attack, according to French media.

The satirical magazine is no stranger to controversy for having lampooned a variety of subjects, including Christianity. But what it's done on Islam has gotten the most attention and garnered the most vitriol.

Its last tweet before Wednesday's attack featured a cartoon of ISIS leader Abu Bakr al-Baghdadi and the words, \"And, above all, health.\"

Earlier cartoons depicting the Prophet Mohammed -- depictions that are deplored by Muslims -- spurred protests and the burning of the magazine's office three years ago.

In November 2011, Charlie Hebdo's office caught fire the day it was due to publish a cover making fun of Islamic law.

The latest attack spurred Hollande, the French President, to tweet his support for media everywhere.

\"No barbarous act will ever extinguish freedom of the press,\" he said. \"We are a united country.\"

Support for Charlie Hebdo was also evident on social media, where a trend emerged of people tweeting past covers from the magazine as well as the words \"Je suis Charlie,\" or \"I am Charlie.\"