MFD: 1 dead in car vs. motorcycle crash in West Milwaukee 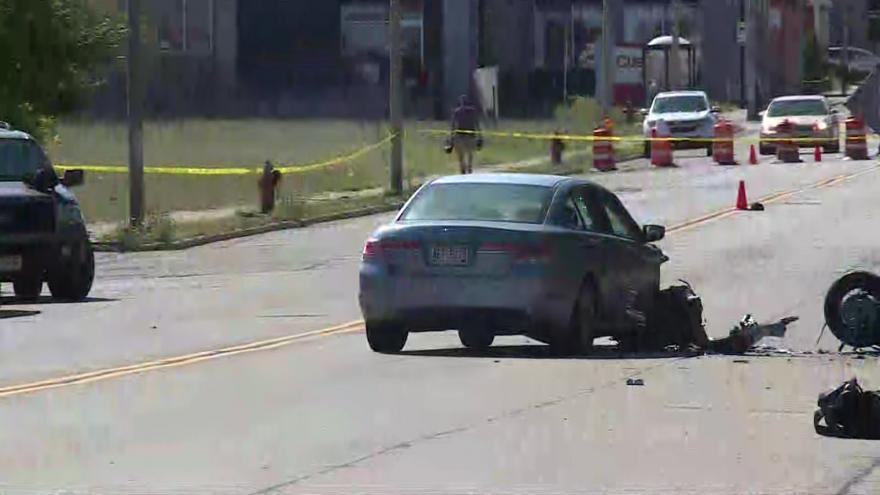 WEST MILWAUKEE, Wis. (CBS 58) -- A motorcyclist is dead following a crash near 53rd and Burnham Streets in West Milwaukee.

Authorities were called to the scene around 3 p.m. Friday, Aug. 21.

According to West Milwaukee Police Chief Dennis Nasci, the motorcyclist traveling eastbound, and went "face to face" with a car traveling westbound.

The driver of the vehicle was not hurt.

Police believe speed is a factor. The motorcyclist was not wearing a helmet.

The Milwaukee Fire Department and Wisconsin State Patrol was called to the scene to assist in the investigation.