At home with Bart and Cherry Starr, part one: the greatest of bonds 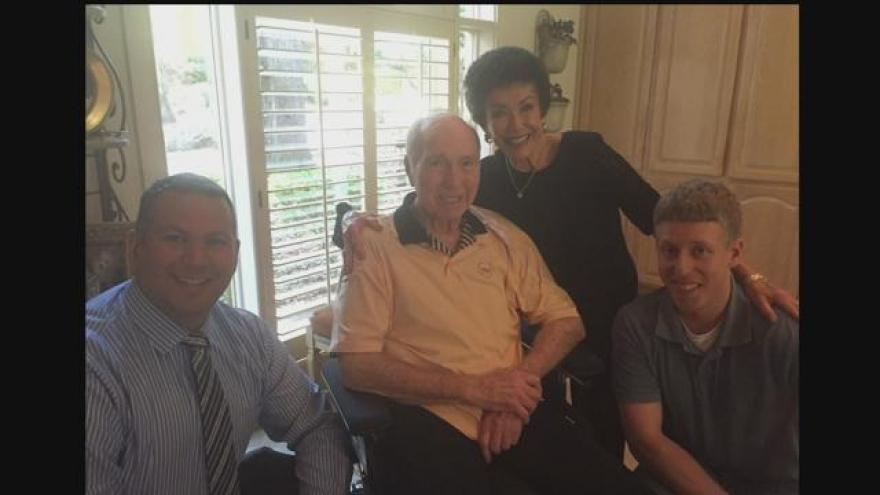 Bart Starr and his soon-to-be-wife Cherry went to rival schools in the mid 1950s. Bart was an Alabama student, while Cherry was going to Auburn.

That might be the last time these two people were on different pages.

They celebrated their 62nd wedding anniversary earlier this month, and Cherry tells CBS 58's Kevin Holden that the love - and humor - is as strong as ever in their relationship.

RELATED LINK: At Home With The Starrs, part two: Bart and Brett

"I was telling him good night the other night, and I always kiss him and hug him good night," Cherry said. "I said 'it has been an honor and such a thrill and a blessing to have been married to you for 62 years. I feel so lucky.' And (Bart) said 'you really are.'"

Cherry stood by Bart through their college careers and through the lean early years in Green Bay, before the couple enjoyed the fame and fortune that came with the Packers' success.

"I didn't know anything about Green Bay. Had no idea they had a professional football team when Bart was drafted in 1956."

Bart and Cherry Starr gave back to the state of Wisconsin with off-the-field work as well. They were instrumental in starting Rawhide Ranch, a home for troubled boys that stays strong to this day. Cherry's inspiring take? "I always say that boys aren't born bad. They just get into trouble and make bad decisions. But that can change with the right guidance, the right influence."

Tuesday night at 10:00 on CBS 58, Cherry talks about another strong bond - the one between Starr and fellow Packers quarterback legend Brett Favre.