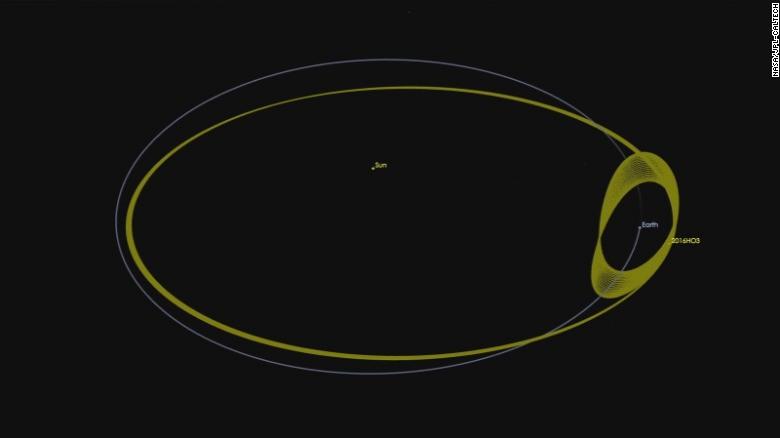 (CNN)The threat of deadly asteroids hitting our planet is real, according to Asteroid Day, an organization hoping to stop a future catastrophe.

Scientists worldwide are observing Asteroid Day on Thursday, June 30.
The day falls on the anniversary of the Tunguska event, the largest asteroid impact yet to be witnessed. In 1908, a powerful asteroid struck the Podkamennaya Tunguska River in a remote Siberian forest in Russia.
The asteroid's collision was so powerful that people more than 40 miles away were thrown from their porches and chairs by the sheer force of the impact, according to NASA.
It has been more than 100 years since the massive impact leveled about 1,000 square miles of forest. That's like wiping out almost all of the state of Rhode Island. Notable scientists such as Neil deGrasse Tyson, Stephen Hawking and Richard Dawkins have supported the event in the past, which aims to educate the public about the dangers of deadly asteroids striking Earth.
On Thursday, talks, seminars and movies about asteroids will take place around the world. The goal is to increase awareness about these giant rocky objects, Asteroid Day co-founder Grigorij Richters told CNN.
"This year we really got some solid support from the space agencies. NASA and everyone is on board. We're doing more than ever before," said Richters, who founded Asteroid Day with astrophysicist Brian May -- yes, the guitarist for Queen -- and three others.
More than a million asteroids have the potential to hit Earth, but in spite of our technology scientists have only discovered one percent of these space rocks, according to Asteroid Day's website.
The organization has launched something called 100X Declaration, which calls us to increase our asteroid discovery rate 100 times -- to 100,000 -- within the next decade. About 17,000 private citizens have signed the declaration.
"The more we learn about asteroid impacts, the clearer it became that the human race has been living on borrowed time," said May in a statement.
So how likely is it that an asteroid will hit Earth in the near future?
That's a question NASA is tackling as it monitors current impact risks with its Near-Earth Object Program.
The agency has a spacecraft called NEOWISE, which stands for Near-Earth Object Wide-field Survey Explorer, to track asteroids and comets that could hit our planet.
Since 2013, it has discovered 72 new near-Earth objects. Of those, eight are classified as potentially hazardous to our planet, and could approach or hit Earth one day.
Right now, NASA's Near Earth-Object Program says there are no big asteroids at risk of of hitting Earth anytime soon.
That doesn't mean we're totally in the clear. Tiny space rocks, like the ones produced by a 2013 meteor blast over Chelyabinsk, Russia, that injured more than 1,000 people, can slip by undetected.
Share this article: