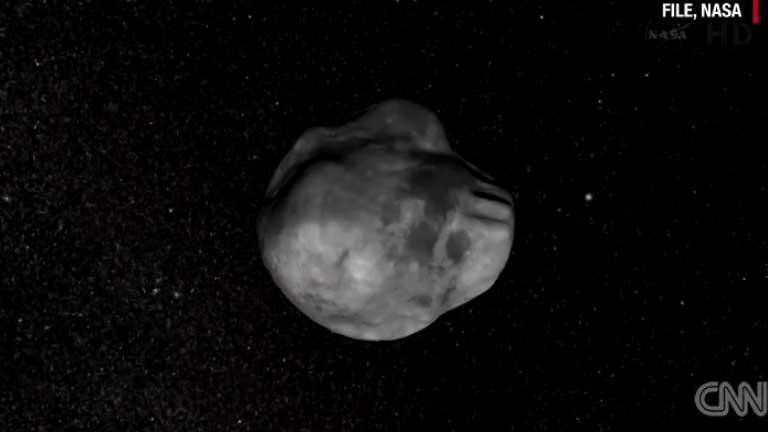 (CNN)Don't look now, but an asteroid is heading our way on Halloween.

On the other hand, go ahead and look. As it misses Earth by about 300,000 miles (slightly farther away than the moon), the asteroid, named 2015 TB145, will be visible to those with good telescopes -- and NASA, which announced the discovery.

Calling it "one of the best radar targets of the year," a Jet Propulsion Laboratory report on the asteroid said that "the flyby presents a truly outstanding scientific opportunity to study the physical properties of this object."

The asteroid will be traveling through Orion on October 30-31.

It's a good thing it will miss, though. The asteroid is estimated to be 300 to 600 meters wide and traveling at 78,000 mph. By comparison, the meteorite that exploded in the sky over Chelyabinsk, Russia, in 2013 was about 20 meters wide.

Of course, the key phrase there is "known object." Until October 10, the space agency didn't know about 2015 TB145; more attention was on asteroid 2009 FD, which will pass within about 4 million miles of Earth on October 29.

How asteroids can help us reach Mars

JPL runs NASA's Near Earth Object Office to keep track of such celestial visitors. You can follow its news on Twitter at @asteroidwatch.

This isn't the first time an asteroid has come close to our planet in late October. On October 30, 1937, the binary asteroid Hermes -- an alarmingly regular visitor to these parts -- came within 500,000 miles of Earth. Hermes' two parts are each about 600 to 900 meters wide.

However, Hermes' orbits have been well-plotted in recent years. According to a JPL engineerquoted in a 2003 Cornell article, "there is no cause for worry in our lifetimes."