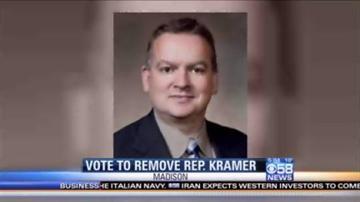 MADISON -- The General Assembly in Madison voted to remove Wisconsin Representative Bill Kramer from his position as Assembly Majority Leader after accusations of sexual harassment. Today's vote was unanimous.

Two women accused Kramer of sexually harassing them at a fundraiser in Washington D.C. Kramer has reportedly entered treatment, and his staff won't say what for.