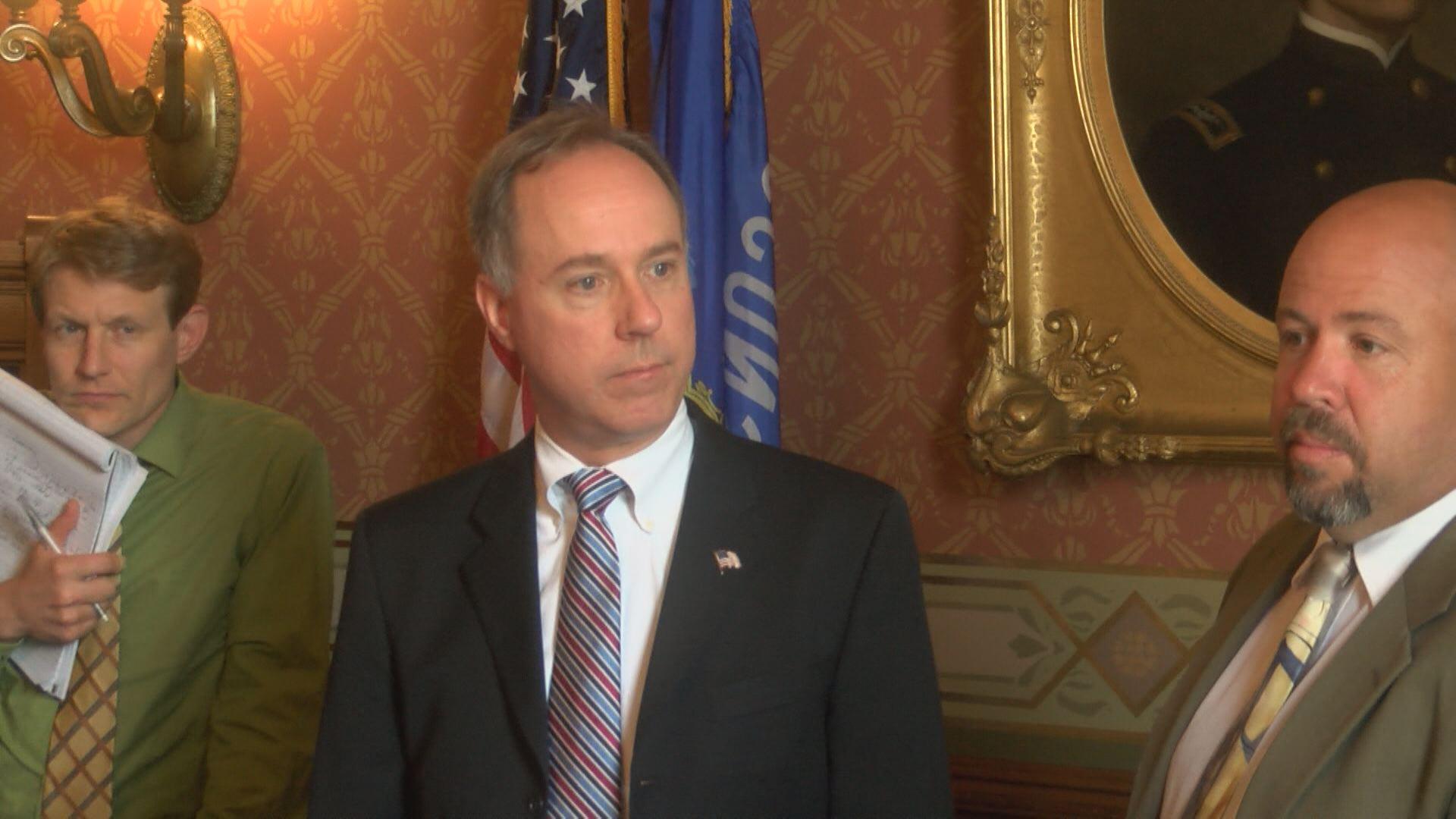 Assembly Republicans released a formal bill on the Bucks arena funding plan Monday. This is an important step because it's what will help legislators decide if they will support, or vote against the plan.

Monday, Assembly Speaker Robin Vos (R-Rochester) said he believes legislators and the public need to review the bill as part of the public discussion on the plan. Vos says the bill reflects the plan laid out by Governor Walker on June 4th. Vos also says he has the votes in the Assembly to pass this plan, but admitted he has not taken a count.

Now the biggest question has been, and remains; will this plan stay in or come out of the budget? Vos says he's had conversations with Assembly Democratic leadership about potentially needing votes from Democrats.

\"If we do take it out of the budget, we're probably going to need some help in passing it to get Democratic votes. That means they should have an opportunity to review it and ask questions too.\" Vos said.

Joint Finance co-chair, Rep. John Nygren (R-Marinette), said, \"We've seen press releases from a number of senators that say they want it out of the budget. I think the Assembly, as I said earlier; I think we're in a good spot either way but we'll wait to see what our friends in the Senate choose to do.\"

Milwaukee Senator Chris Larson (D) responded through a statement Monday evening, saying in part, “…considering Republicans are currently in control of all houses of government, it is absurd that with the budget deadline only two days away, we are just now seeing such a complex budgetary proposal.”

Larson's statement continued, “Like many across Wisconsin, I am still going through the details of the proposal. While I am eager to work to get the best possible Bucks deal for Wisconsin, it seems like Walker's budget overall is a sinking ship and instead of working with Democrats to find a life raft, Republican leaders have abandoned ship. Democrats remain willing to work with Republicans on the arena deal, however, it is disappointing that our continuous calls for inclusion have been ignored.”

A deadline for a completed budget is July 1st, however, legislators are acknowledging a deal won't happen until after that deadline. It is important to realize if there is not a new budget by that deadline; state government does not shut down. Instead, the state continues to operate under the current budget. The last time a budget missed deadline was 2007, this will be the first budget under Governor Walker to miss deadline.

Vos said transportation is one of the largest looming issues, but said his caucus already has a plan in place. He also put blame for missing tonight's deadline on Senate leadership, going on to say his house will pass its own version of the budget if the Senate doesn't act by the end of the week.

“We're going to caucus again on Wednesday, the Senate is caucusing on Tuesday, so we hope they will take some of our ideas that we presented and have that discussion inside their caucus then come back to us with an answer. If not we're going to caucus again on Wednesday and the Assembly is not just going to stand around waiting for the Senate to get their act together.” Vos said.

Assembly Republicans introduced a prevailing wage reform package Monday; the intention is to include this deal in the budget. According to Republican legislators, this bill would change current state prevailing wage law in four key ways:

Assembly Democratic Leader Peter Barca released a statement about the prevailing wage plans, saying \"As Republicans continue to try to out-position each other behind closed doors and in the media, Democrats stand together behind the goal of raising wages -- not lowering them.\"
Share this article: