Assembly passes the bill to prohibit abortions after 20 weeks 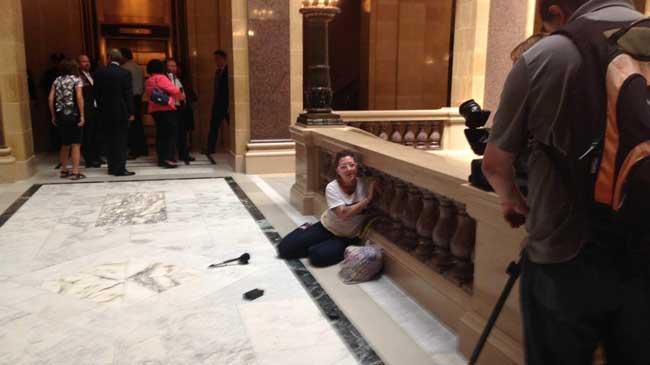 Assembly passed the bill prohibiting abortions at and after 20 weeks.
The vote was 61-34.
It already passed Senate. It now goes to Governor Scott Walker to sign.
Representative Joel Kleefisch (R-Oconomowoc) released a statement after the vote:

“Every day children are born after being in the womb for only five months.  How can we continue to allow babies to be killed that could viably survive if born the day they are aborted?” Kleefisch said. “Today, we made the decision to finally recognize this viability of life, and in the process we will save countless more.”

Representative David Craig (R-Town of Vernon) supported legislation protecting the rights and lives of unborn children. The Assembly passed SB 179, the Pain-Capable Unborn Child Protection Act, which would ban abortions from being performed after an unborn child is known to feel pain.

“The science is clear that at 20 weeks, a child has pain receptors, nerves, a spinal cord and a cortex in place, allowing for the transmission of pain to the brain. The fact is these children feel pain at 20 weeks and this legislation is an important step in the fight to protect these children and avoid inflicting torturous pain on them. I look forward to Governor Walker signing this important legislation into law.”

Rep. Craig represents the 83 Assembly District which is comprised of portions of Waukesha, Walworth, Racine and Milwaukee Counties.
In reaction to the Wisconsin State Assembly’s passage of Senate Bill 179, a 20-week abortion ban with no exceptions for rape or incest, Representative LaTonya Johnson (D-Milwaukee) released the following statement:

“Before adjourning for the summer, Republicans in the Assembly wanted to send a reminder to Wisconsin’s women: your bodies are not your own and your most private and emotional medical decisions are subject to the whims of politicians who will never have to live with the consequences. Wisconsin’s doctors oppose the 20 week abortion ban because they know that it has nothing to do with patient health, sound medical advice, or standards of care. Abortions after 20 weeks are extremely rare and often due to severe health complications impacting the mother or her fetus. Instead of showing compassion to women and their families who are faced with a gut-wrenching prognosis, Republicans have passed a law designed to make
these tragic situations as traumatic as possible.”