Asian and Indian Families Getting Targeted and Burglarized 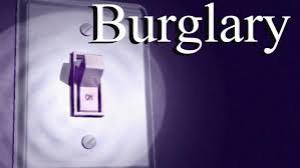 Germantown Police say they've had six daytime burglaries at the homes of Asian and Indian American families.
Two happened just this week.
Germantown Police say at first they thought it was a coincidence that the victims of these burglaries were of Asian or Indian descent.
However, by break in number six - they knew these groups were a target.
Their home was burglarized in broad daylight, but this family says the thought of being watched is even worse.
"It bugs me that they've been watching and waiting for the right moment to come and break in," says the victim.
The victim says he and his mom went grocery shopping -and came back to broken glass and a ransacked master bedroom.
"I was a little on edge a little frantic because. We didn't know if there was someone still inside maybe. I called 911 they told me to evacuate the house with my mom," says the victim.
Police told them they were targeted because they were Asian.
"It was kind of frustrating and unfortunate honestly I was really pissed off about it," says the victim.
Police say burglars walk up to a house, knock on the door and when nobody answers they break a window go straight to what they want take it and leave within a matter of minutes.
Chief Peter Hoell says people are targeting them, "Because of their culture and the way they have their valuables at home."
The thieves are taking jewelry, money and other small valuables.
Germantown Police say its not just happening here. Many small surrounding towns and even certain neighborhoods in Milwaukee have been targeted in the last few years.
"Looking it up in the white pages looking at the spellings of the names might be a way they are targeting. They're definitely doing homework before they go to the home," says Chief Peter Hoell.
However, this family says they hope speaking out serves as a warning for other families like them.
"A lot of these families are coming in from other countries trying to make a modest living and to have this happen it is really unfortunate," says the victim.
Police don't have any suspects. If anyone has any information call Germantown Police.