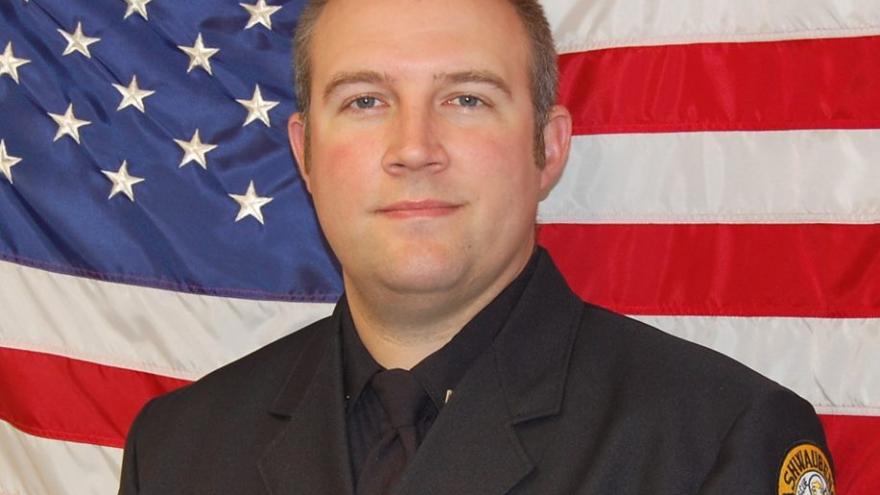 ASHWAUBENON, Wis. (AP) — Criminal charges have been filed against a woman accused of striking and critically injuring a Green Bay area police officer while driving drunk.

A criminal complaint says McGuire was driving home from a wedding reception Saturday night with her husband and 18-month-old son when she struck Ashwaubenon Officer Brian Murphy. He was directing traffic at the scene of a car fire on Interstate 41. Murphy remains hospitalized in critical condition following two surgeries.

McGuire is being held on $20,000 cash bond. Court records do not list a defense attorney.

Officer Murphy, a 2 year veteran of Ashwaubenon Public Safety, was outside of his vehicle and was wearing his reflective safety vest. He had his emergency lights lit along cones and flares out on the roadway to divert traffic at the scene of a vehicle fire when he was struck by the vehicle. There were numerous emergency vehicles on the highway with their emergency lights lit.

During the scene of the vehicle fire, the 911 dispatch center received a call of an officer struck by a vehicle. The dispatcher began doing radio status test with the officers and did not get a response from Officer Murphy.

Officer Murphy was found on the side of the roadway by a fellow officer and emergency life-saving treatment was provided. Ashwaubenon Public Safety Medical Personnel treated and transported their fellow officer to a local hospital where he underwent life-saving surgery.

The Brown County Sheriff’s Office along with the Wisconsin State Patrol is conducting the crash investigation.

The driver of the vehicle which struck Officer Murphy, a 28-year-old Greenleaf woman was arrested for Operating a Motor Vehicle while under the Influence of Intoxicants Causing Injury and Failure to Yield for an Emergency Vehicle.

Officer Murphy has undergone further surgery yesterday and his condition has improved but is still critical but stable.

Ashwaubenon Public Safety appreciates the communities support during this time as we are focusing on the well-being of Officer Murphy, his family and the Public Safety Family.

Officer Murphy’s family is requesting privacy during this time and we ask that to be respected.