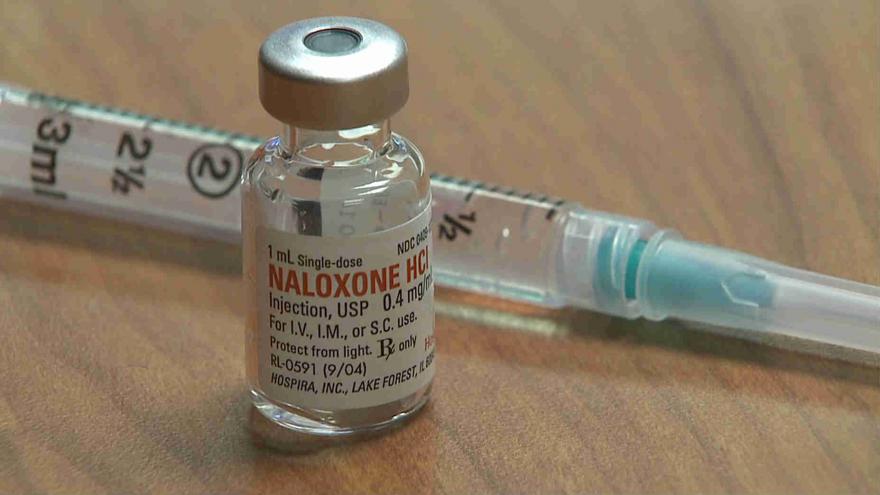 (CBSNews) -- As the opioid epidemic continues to kill tens of thousands of Americans each year, the drug naloxone has proved invaluable in preventing overdose-related deaths. Yet a spike in its cost in recent years has constrained access to naloxone, potentially depriving health care professionals, emergency responders and families of a critical treatment than can save lives.

Driving that price spike, experts say: An ongoing surge in overdoses that's boosting demand for naloxone; a dearth of federal rules that could limit price increases; a lack of drug industry competition; and pharmaceutical firms' lack of transparency in setting prices for drugs to counter the effects of opioids.

The rising price of naloxone comes at a time that drug overdoses have become the leading cause of accidental death in the U.S. for those aged 25 to 64 -- opioids are involved in nearly two-thirds of those fatalities, according to federal health data. The U.S. Centers for Disease Control and Prevention estimates drug overdoes killed a record 72,000 Americans in 2017, up roughly 10 percent from the previous year. Most of those fatalities involved prescription opioids, including OxyContin or Vicodin.

Since 2013, an estimated 170,000 people have died from overdosing on both prescription and illegal opioids. That's roughly three times the number of U.S. military personnel killed during the Vietnam war.

As a result, demand for naloxone -- a synthetic drug akin to morphine that reverses the effects of an overdose by blocking opiate receptors in the nervous system -- has never been higher, researchers with the Food and Drug Administration's Center for Drug Evaluation and Research note in an upcoming report.

Rising demand has helped drive the price of naloxone up more than 50 percent in recent years, the FDA researchers write in a study set to be published in the journal Addictive Behaviors. They estimate that the cost of one injectable form of naloxone has tripled since 2012, while another single-dose formulation rose 244 percent.

The cost of of naloxone -- which has been around in generic form for more than 30 years -- varies depending on whether it comes packaged as an injection device, auto-injector or nasal spray. Products also come in different dosages, which can affect pricing, while individual manufacturers may offer discounts and rebates to some buyers.

The nasal spray Narcan, a relatively new naloxone product, costs the same as when it was first introduced in 2015. But that doesn't exactly mean it's cheap. The drug costs $125 for a two-dose carton, according to the website of Adapt Pharma, which has manufactured Narcan but sold it to Emergent BioSolutions last week for $735 million.

Emergent executives said they'll keep Narcan's price at its current level. "Our approach is to maintain the pricing that has been established by Adapt," Emergent CEO Daniel Abdun-Nabi told analysts in a recent conference call. "There have been no price increases since the original launch. And we have no expectation or plans to change that."

By contrast, a two-pack of Evzio, an auto-injector made by Kaleo, comes to just over $3,700, according to GoodRx. Health departments and first-responders are typically offered discounts. For instance, Adapt often gave away the Narcan for free or for a 40 percent discount ($75 for two doses) to public agencies.

In a Harvard Law School blog post, nurse practitioner Stephen Wood noted that naloxone's wholesale cost is around $20 for a single dose. The cost of a two-injector kit of Evzio is nearly $4,000 -- that amounts to a 680 percent increase from the drug's original price in 2014.

"I am concerned about the cost of naloxone as well as the incredible cost of what are being described as 'novel' delivery systems," Wood, a fellow in the Center for Bioethics at Harvard Medial School, said by email. "Transparency is a start, but there is also a need for policy at the federal level to ensure anyone who needs these drugs has access to them."

Surgeon General Jerome Adams seemingly agrees. The nation's top physician in an advisory called for more Americans to keep naloxone on hand. "Knowing how to use naloxone and keeping it within reach can save a life," he said.

Another reason naloxone prices have risen: Few suppliers actually make the drug, so there is little of the kind of competition that can help keep prices in check. "[E]ach naloxone product has historically been sold by only a single competitor," the FDA researchers note in their report.

One possible remedy would be to make it easier for the U.S. to import lower-cost drugs from other countries. That increased competition and transparency would help keep a lid on prices, AARP's Purvis said.