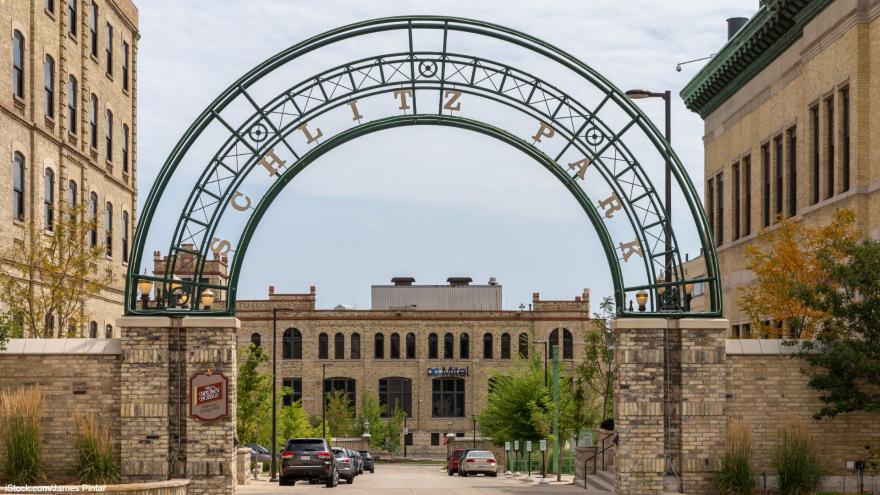 MILWAUKEE (CBS 58) -- Milwaukee Downtown, Bid #21, the Downtown Placemaking Task Force and Schlitz Park are seeking concepts for a new mural on the south-facing facade of the former Schlitz Brewing powerhouse.

The approximate dimensions of the mural space are 80 feet wide by 120 feet high, according to a press release.

The mural will "complement the vision for the Schlitz Park campus, with current improvements including renovations to interior lobbies, common areas and amenities, renewed activation along the Milwaukee River, and a new pedestrian plaza connecting buildings at the heart of campus."

Artists interested in the request for proposal, which is available here, have until Tuesday, Sept. 15.

All submissions should be emailed to Gabriel Yeager, downtown environmental specialist for Milwaukee Downtown, BID #21, at gyeager@milwaukeedowntown.com.

Submissions will be reviewed by the Downtown Placemaking Task Force and the finalist will be awarded $50,000 to execute the project.

“Public art is flourishing in downtown Milwaukee and we’re excited to add another piece to our collection before year-end,” said Beth Weirick, CEO of Milwaukee Downtown, BID #21. “The Schlitz Park canvas will be our largest mural commissioned yet and is the perfect space to celebrate the rich, storied history of Milwaukee and Schlitz Park.

Since 2017, Milwaukee Downtown, BID #21 has supported $241,500 in financing large-scale mural projects, of which more than half of the investment is funded from sources outside of the organization.