Army vs. Navy: Can the Black Knights end the streak? 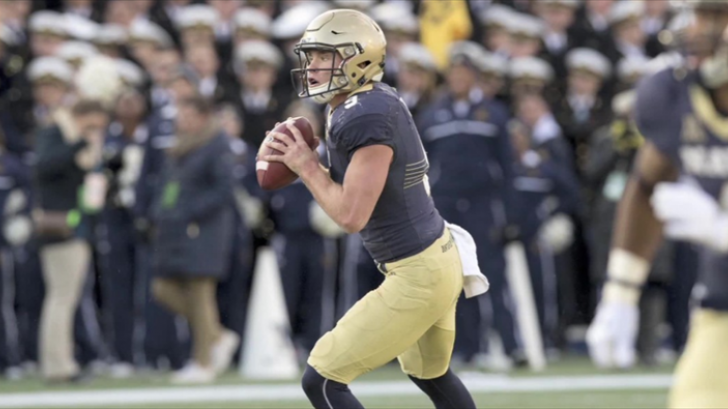 CNN - Army vs. Navy football is one of the greatest rivalries in college sports.

That could change Saturday. The 117th installment of this rivalry is set to kick off at 3 p.m. ET at M&T Bank Stadium in Baltimore, and the Black Knights, who last ended the season with winning records in 2010 and 1996, are in a position to end the streak. That's because the Midshipmen have been decimated by injuries.

"Our players have worked so hard, our seniors in particular and all they've been through in their careers," Army head coach Jeff Monken said to CNN. "To see them finish with a win in this ballgame would mean a great deal to me."

Lack of depth could be a problem for Navy on Saturday. In last week's 34-10 home loss to Temple in the American Athletic Conference championship game, the Midshipmen lost more players to injury, including starting quarterback Will Worth. The senior suffered a broken bone in his foot, ending his season. That's often been the case for them this season.

Worth wasn't even Navy's starter when the year began. That was senior Tago Smith, but he went down in September, suffering a season-ending injury with a torn ACL in his left knee.

Next up to run Navy's triple-option offense is sophomore Zach Abey, and he'll be going in with less game experience.

When he took over for Worth a week ago, he was 7-for-13 passing for 104 yards, throwing two interceptions. For the season, Abey has rushed for 197 yards and two touchdowns.

"I'm pretty nervous," Abey said to CNN. "There's a lot of pressure on me. But at the end of the day, it's just a football game when you get out there. The biggest thing Coach (Ken) Niumatalolo told us all this week is preparation -- how we prepare for this game. Once we get on the field Saturday, we should have a clear mind. We know the game plan. Just play the game we've always played."

"It's going to be -- it's a dream come true," Abey continued. "I've always wanted to run out on that field with Navy on my chest. America's game. I'm really looking forward to this. It's going to be something I remember for the rest of my life."

Despite needing to play his backups at multiple positions, Niumatalolo, who is 8-0 against Army as Navy's head coach, told CNN he believes his team will bounce back after the Temple loss. The Midshipmen won't be lacking motivation.

Meanwhile, the Black Knights didn't have a game last week, meaning they had extra time to prepare for Navy.

Add up the Midshipmen injuries and the lack of rest, and this has the makings of another close game. The last two meetings between the two teams have been decided by a touchdown or less and a combined 11 points.

"Ending the streak is very big to me," Army senior linebacker Jeremy Timpf said. "You want to leave as a senior that legacy behind you, and we haven't done it in a long time. And I just want to be part of that class that did it, and I want to be on the field when the celebration goes down."

There will be at least one notable person in attendance Saturday: President-elect Donald Trump. He plans to be there, sitting on the Army side for one half and Navy's side for the other.