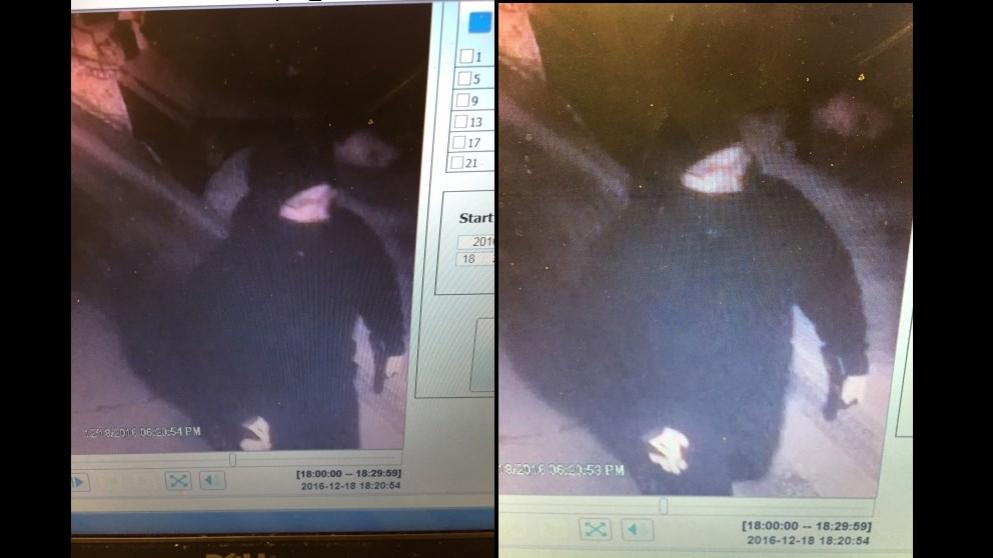 Officers have recovered video surveillance images of the suspect.

Suspect fled in a pickup truck with a cap on it that was parked in the restaurant parking lot.

At approximately 6:32 PM., police officers were dispatched to a report of an armed robbery of the Subway Restaurant located at 211 W. Seven Hills Road.

The suspect displayed a semi-automatic handgun and threatened employees and customers.

In addition to obtaining cash from the store register, the suspect also detained customers, ordering them to lie on the floor of the restaurant, face down, and to empty their pockets.  He took cell phones, cash, and a credit card from the customers and employees.

The suspect fled the scene on foot but is believed to have been assisted by an accomplice with a vehicle, whom he phoned with directions, as he exited the Subway restaurant.

The suspect is described as a white male with blue eyes and blonde hair, 20-40 years of age, height of approximately 6’, weight 200 lbs.

He was wearing a black ski mask, grey sweatpants, with a grey crew-neck shirt or sweater, and a big brown jacket, and armed with a black, semi-automatic handgun.

Officers are currently reviewing video footage from cameras in the area while they continue to investigate the robbery.

Anyone with information as to the possible identity and/or whereabouts of the suspect and/or accomplice is encouraged to contact the Port Washington Police Department at 262-284-2611.