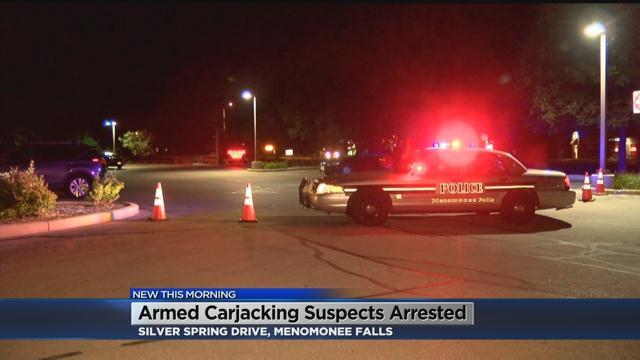 Three people are in custody in connection to an armed carjacking and police chase that started in Menomonee Falls and ended in Milwaukee.

It happened around 9:45 Monday night.

Milwaukee police say they picked up on the pursuit of the suspects' vehicle in the area of 76th and Good Hope, and followed the car until the suspects crashed on north 95th Street.

The three suspects, two juveniles and one adult, were arrested soon after and turned over to the custody of Menomonee Falls Police.