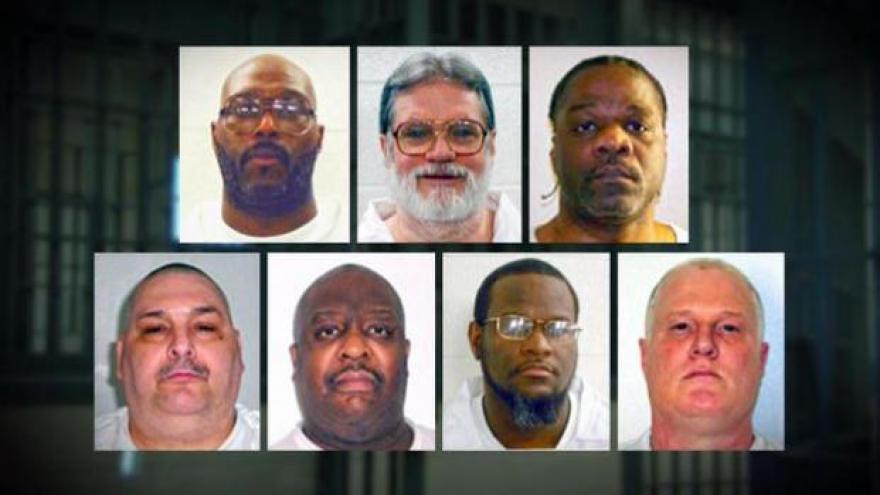 LITTLE ROCK, Ark. (CBS)-- If the state of Arkansas has its way, seven convicted murderers will be dead by the end of April.

Defense lawyers like Jeff Rozensweig appealed to a federal judge to decide whether the rush to execute constitutes cruel and unusual punishment, especially the state’s planned use of a controversial drug called midazolam. It’s a sedative used to put inmates to sleep before chemicals are injected to stop their hearts.

“This sort of reeks of an assembly line or, as one of the local papers put it, a ‘killing spree,’” said Rozensweig, who represents three of the men.

Arkansas’ current supply of midazolam expires on April 30, and the drug’s manufacturer wants no further part in executions.

But midazolam has been involved in botched executions in Ohio, Alabama, Arizona and Oklahoma.

In 2014, Arizona’s execution of Joseph Wood took two hours and 15 injections. Instead of going to sleep, he gasped and snorted for more than an hour.

When Oklahoma executed Clayton Lockett, he writhed and groaned for 40 minutes before dying of a heart attack.

Jack Jones is scheduled to die for murdering Mary Phillips in 1995 and leaving her 11-year-old daughter Lacy for dead. Now an adult, Lacy Phillips says Jones should pay for his crime.

“I don’t want to live another day knowing that he’s still alive. I mean 21 years and he’s still here,” she said.

The judge’s ruling is expected Thursday or Friday, and whichever side loses plans to appeal all the way to the U.S. Supreme Court.

The first two executions are scheduled for Monday.