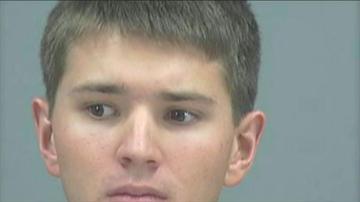 According to CBS affiliate KPHO, police had been investigating allegations that 12 more girls were victimized by the same man, 18-year-old Tyler Kost, of San Tan Valley in suburban Phoenix. Now sheriff's investigators say another five cases have been identified, and they expect the number of victims to continue to grow.

Kost had posted bail after he was arrested on Monday, reports the station. After he was picked up again, detectives requested that he be held on a \"no bond\" status, PCSO spokesman Tim Gaffney said.

Nearly all of the potential victims are high school students, according to sheriff's spokesman Sgt. Pat Ramirez. Investigators said that one girl was only 13 years old, while the oldest victim is 17.

\"Once we started looking at it, it immediately started to mushroom,\" said Pinal County Sheriff Paul Babeu. \"We absolutely believe there will be far more victims that are out there.\"

In one case, Kost threatened, harassed and told one of the victims to kill herself, deputies said. The girl attempted suicide and was hospitalized, Ramirez said. KPHO reports that even with the victim in the hospital, Kost continued to harass her, causing her to leave the state.

In another case, the station says, a victim became pregnant after she was allegedly raped, according to PCSO. \"One of the victims actually became pregnant because of the sexual assault, and she subsequently had an abortion,\" Babeu said. \"These are horrible crimes that cannot be tolerated in our community.\"

The initial arrest reportedly came after a citizen tipped off a Pinal County sheriff's detective assigned to the Persons Crimes Bureau.

Around the same time, officials with the Florence Unified School District say Kost came into their office to report being bullied, says the station. At that time, Kost was not aware there was a simultaneous investigation of the sex assaults with him as a suspect.

The alleged attacks happened in several places, says the station: \"He would assault these young female victims in their own bedrooms, in his bedroom, in the desert, at a community pool, at community parks,\" Babeu said.

Detectives said that because of his youthful and innocent looks, he was not perceived as a threat.

A judge set bond at $10,000, which was quickly posted and Kost was released from custody on his own recognizance and was back with his family, until Thursday -- not even required to wear an monitoring bracelet according to KPHO.

A spokesman with the Florence Unified School district said late Tuesday that Kost has been officially suspended from school.

Detectives are continuing the investigation and additional charges are pending.