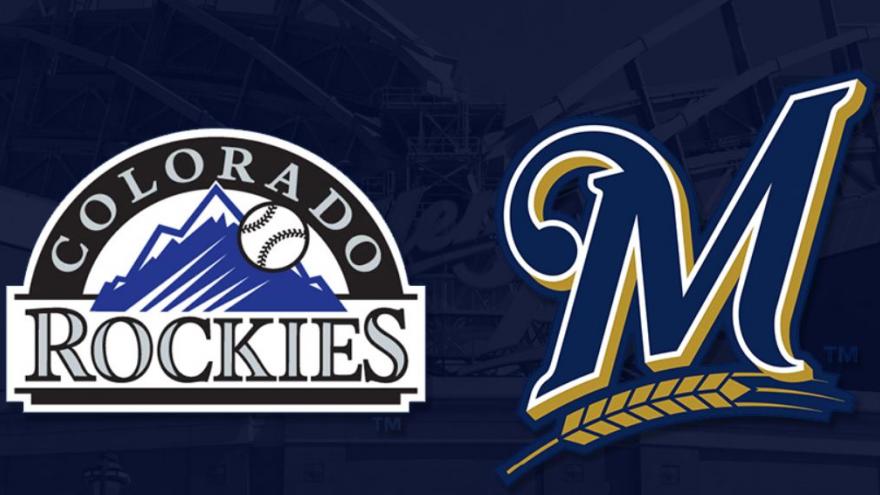 MILWAUKEE (AP) — Nolan Arenado is surging. A bunch of the Colorado Rockies were against the Milwaukee Brewers.

Arenado, David Dahl and Raimel Tapia homered to lead the Rockies over Freddy Peralta and the Milwaukee Brewers 11-6 Thursday for a four-game split.

Arenado had three hits, including his ninth home run this season. Dahl finished a triple short of the cycle for the Rockies, who outscored the Brewers 22-10 in the final two games of the series. Colorado tied season highs for runs and hits (14).

“I’m pretty fortunate to feel like I am right now,” he said. “Early in the season I wasn’t doing good at all. I was just happy I’m feeling better now, was able to drive the ball out, hit the ball hard.”

“I think the guys understand the length of the season and eventually things were going to turn,” manager Bud Black said. “The challenge is to keep the momentum, keep the everyday focus and intensity at a level where we’re in every game. I think our talent will show up.”

Peralta (1-1) made his first appearance since April 15 following a stint on the injured list caused by a sore right shoulder. He fell behind 7-0 by the second inning and gave up nine runs — six earned — eight hits and three walks in four innings. His short outing put more pressure on a bullpen taxed by nine innings Wednesday after starter Chase Anderson was scratched because a callus ripped on his right middle finger.

“We used the bullpen a lot yesterday,” Peralta said. “So I feel bad because I only went out there for four innings.”

Mark Reynolds hit a three-run double in a four-run first that included Tapia’s RBI single. Dahl hit an RBI single in the second and Arenado followed with a two-run homer for a 7-0 lead.

Milwaukee closed in the third when Lorenzo Cain hit an RBI double and scored on Mike Moustakas’ single.