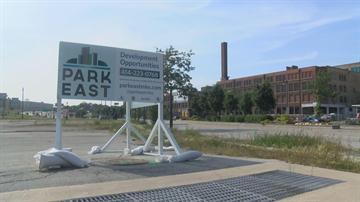 The first round of bids from developers on the land were due on Monday, but the county said they have not received any responses yet.

\"Understandably, some of the developers are waiting to see what happens with a potential arena before moving forward with specific plans in the Park East and other areas across the city,\" Teig Whaley-Smith, the county Economic Development Director, said

Whaley-Smith added that the county continues to hear strong interest from the development community and look forward to future proposals.

A new marketing strategy was announced on June 10, 2014 for Park East.

The focus was to get things moving quickly by having a rolling RFP.

The process allows for time lines to matter less than the quality of projects and for developers to bid constantly on the land.

The bids are reviewed each month.

The two new Buck's owners said they'd like a site picked for a new arena in the next three to four months.

Milwaukee Mayor Tom Barrett said he'd like to see the arena as close to Wisconsin Avenue as possible and that Park East is not out of the question as a site for the new arena.