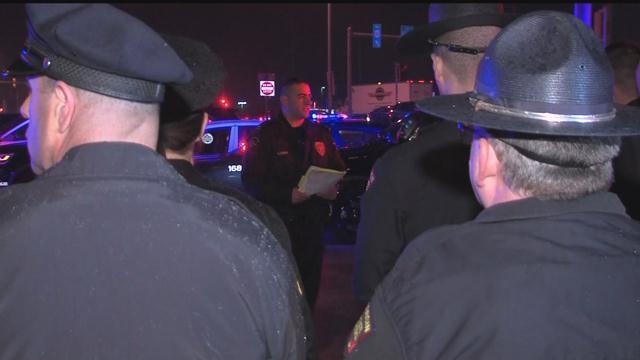 The night before Thanksgiving is historically one of the busiest nights for bars. But, it's also a night when police agencies across the state keep a close eye on you to make sure you're not drinking and driving.

In his eight years on the force in the Village of Mukwonago, officer Rob Kreiser has a keen sense of when something just isn't right.

"You know, they're deviating from their lane, crossing center lines, or you know, missing lights or stop signs," he said.

Officer Kreiser will pull someone over in the name of safety.

"This is our tenth year for the southeast Wisconsin impaired driving task force," said Lieutenant Gary Gabrish with the Wauwatosa Police Department.

"We've changed the name over the last couple years because of how many drug involved accidents and arrests that we've made," Gabrish added.

If you're driving too fast, or have a headlight out, they're cracking down on that hard.

"For those that don't wanna to adhere and really don't have to lose, they're gonna test the waters and we're gonna arrest them," he said.

During last fiscal year, the OWI task force alone arrested 350 impaired drivers. Throw in the other efforts of other officers...that number jumps to 2,000.