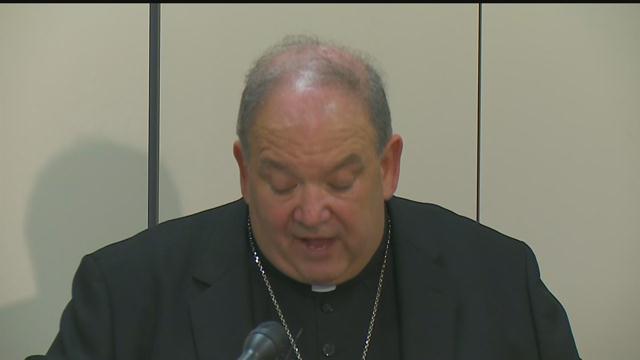 The Archdiocese of St. Paul and Minneapolis apologized and admitted to wrong doing in the handling of a priest who is accused of sexually abusing children including a boy from Wisconsin.

Archbishop Bernard Hebda admitted on Tuesday the church failed in the way they handled abuse allegations and in not providing a safe environment for children.

Curtis Wehmeyer was convicted of molesting two boys in Minnesota and Wisconsin while he was a pastor at several churches.

“We failed to prevent Curtis Wehmeyer from sexually abusing children. Those children, their families, their parrish were harmed. We are sorry. I am sorry,” said Wehmeyer.

The Kenosha School Distict responded to a lawsuit filed by a transgender student.

Ash Whitaker says the school and its superintendent refuse to recognize his gender identity.

He was born a girl, but identifies as a boy.

Whitaker says his constitutional rights are being violated because he's been denied access to the boy's bathrooms at Tremper High School and forced to room with girls on school overnight trips.

The district says they're aware of the lawsuit and say some of the allegations are false..

The district said it is working with transgendered students and their families to address their unique needs and accommodations, including the family named in the suit.