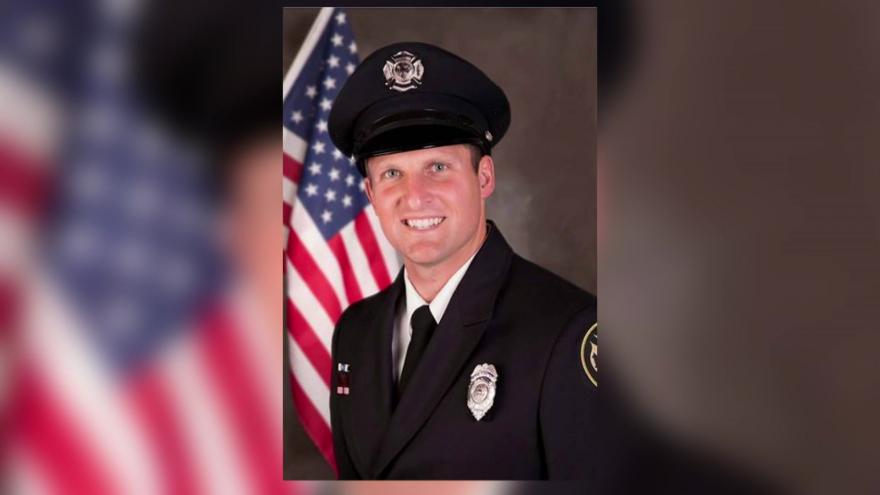 Lundgaard was killed during a shooting in Appleton's transit center Wednesday night. Fire and police were called there for a medical emergency involving 47-year-old Ruben Houston from Wausau. Police say it escalated into shots being fired. They haven't said what led up to the shooting but say two officers fired their weapons. Houston died at the scene.

Police say one of the officers and a 30-year-old woman were shot. The officers are on administrative duty until Green Bay Police finish their investigation.

Court records show that Houston was charged in Fond du Lac County last month with possession of drugs with intent to sell. He was free on bond when Wednesday's events unfolded.

Houston also was charged with disorderly conduct and battery in Marathon County. Both those charges were dismissed in January.

The 36-year-old Lundgaard was the first Appleton firefighter in 86 years to die in the line of duty. Fire and police departments across Wisconsin and the country expressed their condolences on social media.

More than 1,200 people had donated about $87,000 to the Lundgaard family in the first 19 hours of fundraising.