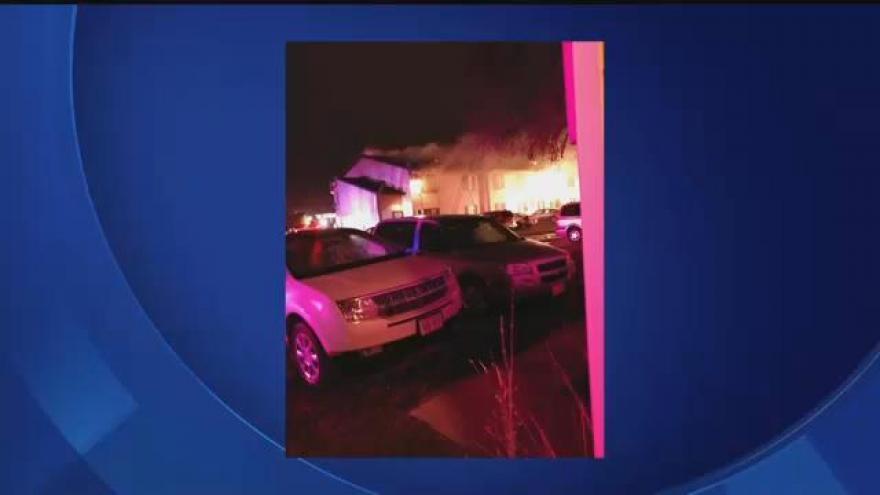 According to the Beaver Dam Fire Department, just after midnight Tuesday, a fire was reported in a 24 unit, two story apartment building on Lakecrest Drive.   When Police and firefighters arrived they found several  people hanging out second story windows who needed to be rescued.

Fifteen people were treated at the scene, seven of them required further treatment at the Beaver Dam Community Hospital.   One firefighter was also treated for a bite received when rescuing a  dog.

The cause of the fire is under investigation but the initial report indicates the fire began in a kitchen area in a second floor apartment occupied by five people.  The fire was confined to that  apartment, but there was extensive smoke damage throughout the structure.  The Red Cross is assisting the 24 families displaced by the fire.

\"I saw the smoke, saw the firetrucks. It was scary,\" recalled Jaylynn Green who escaped the fire. \"The fireman was cutting the roof because fire was still in the building.\"